First days of November 2019 I jacked up the Chevy.
Its so low in the rear and the suspension is so soft so I needed four jackstands.
Two to support the rear axle and two for the frame. 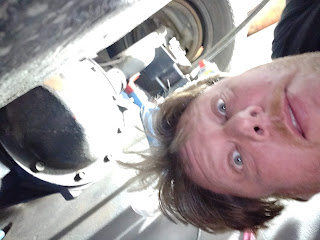 When in the air I wanted to be a little more familiar with it and what the specs are.

First I spotted a tab attached on of the 10 bolts on the Chevy axle.
The tap said stuff about limited slip...me like. 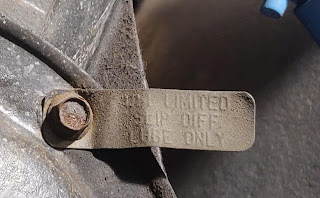 Limited Slip
Tried the old trick to verify and just rotate the wheel and the other side turned the same way.


Another thing I saw was of course the 4” drop with blocks and the tiny bump stop. 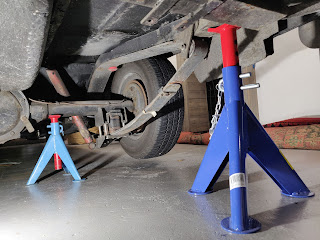