First up was the, to be, machine room that got some Laminate flooring.
The plan was to renovate the old wood floor but it had some coating like asphalt or rubber so it just became a smudge with the belt sander when i tried to sand it down..
So plan B was Laminate flooring, actually a better plan.
Became awesome, quite cheap and quick to do.
Forgot to take pic when it was done, but heres the first row down. 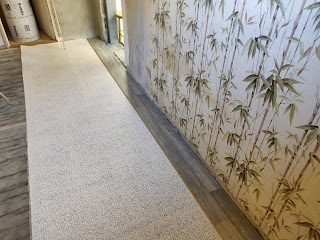 Here the floor got two layers of epoxy paint.
The plan was one layer but one wasn't enough so I bought more paint and laid down another one.
Really glad I did that second layer because now it looks great. 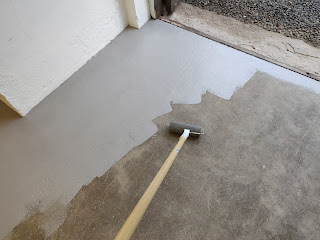 First layer on the way

Another great thing in the new shop is the dedicated storage.
Not huge, but will have place for very much of the “god to have” stuff that otherwise will make a mess in a shop even when organized.
The (dream) plan for the floor here was end grain flooring.
But when I saw how nice it became with the Laminate flooring in the machine room I went for that in the storage as well.
Not only the floor got the treatment.
The walls had some cleaning up of old wiring and after that fresh white paint.
I even put baseboards in there.
First a layer of light gray and then mount them.
The storage is the only room all done at once, thats why I did the baseboards now. 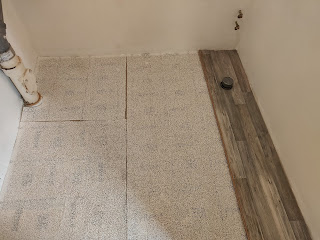 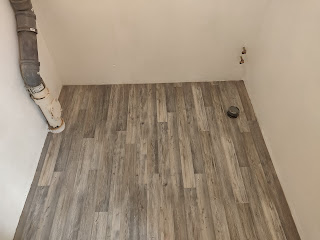 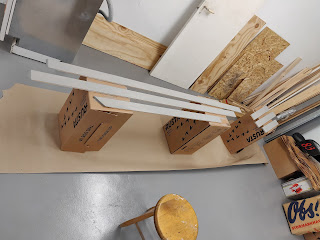