Sometimes life's mysterious.
Have been searching for a new A to B car for a while now, but the hours moving the shop and everything around it have made an actual purchase impossible.
But now when things have calmed down a tiny, tiny bit the hunt was real.

So I Decided for a Smart Fortwo.
The Smart car have been a soft spot for me since the late nineties when they arrived.
So I found myself a nice 451 Fortwo two hours from home.
I decided that's the one and went there to see it.
Test drove it and it's a really fun car and I was convinced, BUT I wasn't convinced on THAT car..
It was a really nice car, but the spec wasn't as I have imagined
I also found out that in Sweden most Smart cars only have semi automatic instead of fully automatic.
Automatic gearbox was the main reason for a new car so that was a big disadvantage to say the least.
OK, I didn't had to play around with a clutch, but still...
The VERY basic level also resulted in the lack of power steering.
No biggie really, but the steering was surprisingly hard for such small car.

Some considerations and pro/con thoughts I walked away from that.
But the reason for the trip was a new car and that goal was still on...

A quick look on the classifieds again, was there any other nice car nearby?
Some browsing later I found a Mercedes W203 I looked at online before.
It was in same town and only 9 minutes away according to Google maps so of we went.
It looked really nice so…...a short test drive and some haggling later I was tastefully cruising home in my first “starcar”.
A 2005, C200 Kompressor and of course automatic.
Really high level of gadgets in the car as well and everything still works!!!

So now I only have to wait for stuff to break.
😀 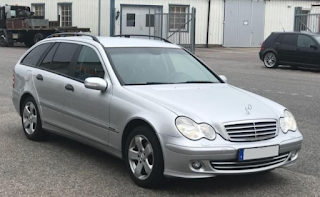 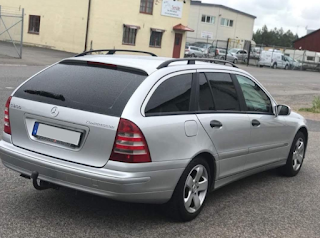 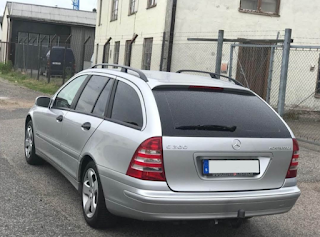 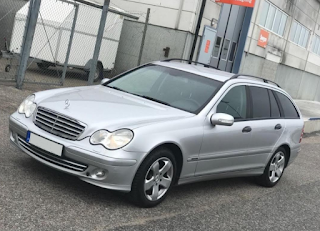