One crucial thing for me is the possibility to go directly from the house in to the shop.
This was also a good thing because on the other side was a bedroom and a closet that I intend to use as machine room and storage and will increase the Speedshop size quite a bit.

So the job begun.
A job that should out to be harder than I ever could imagined.
Before I begun I rented two jack posts and put one of each side of the wall, just to keep the structure intact.

The job started with two drilled pilot holes through the wall and from there I used plumb line on each side to get the square.
Trace a door square after the plumb lines and the top line that I measured from the ceiling.
After that I used a big angle grinder with a diamond blade to cut after these lines.
The disc penetration was about 7 cm (3”)  and the wall was just over 20cm (8”).
So after I cut on either side I was left with a 7 cm (3”) part that I thought before I started was “just” to crack when I gave the wall some beating with a big sledgehammer.
OMG, was I wrong there or what.
It took sooo much more effort than I’ve thought both with sledgehammer and rotary hammer.
First I did a hole on top and thought that now the wall must come down if I beat on it with sledgehammer.
Nope
I made a “T” through and started pounding again and after much pounding I saw some cracks and I could lift off the stones one after the other after continuous beating. 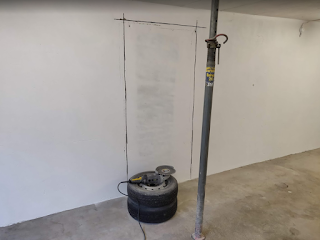 First cut after the lines 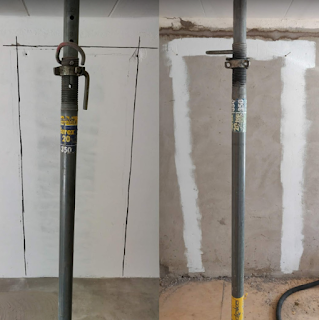 Same view from both sides 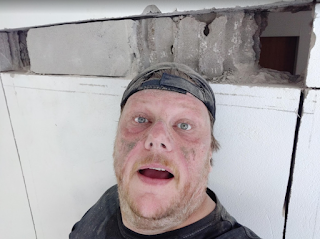 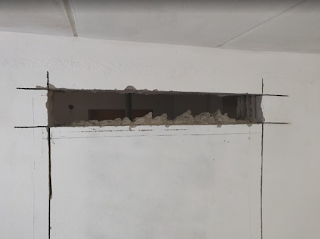 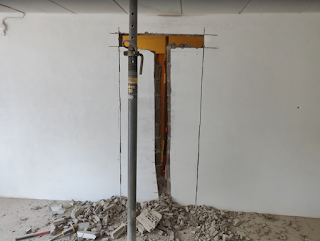 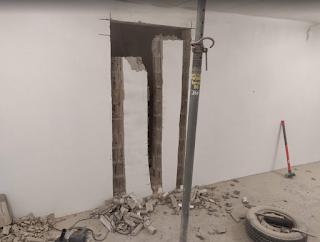 Finaly the sladgehammer could do some good 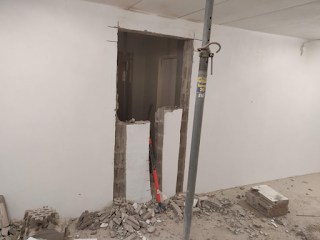 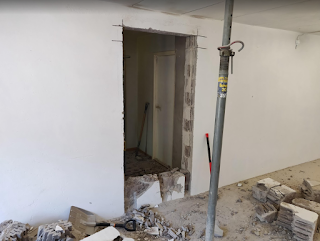 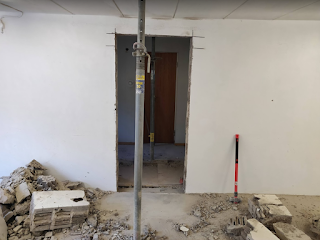 So in the end I was the winner.