A must have on a cafe racer is of course rearsets.
My choice is the Swedish classic from Raask.

Raask parts was mandatory on Swedish cafe builds in the seventies.
They made Rear sets, Clip-ons and headlight brackets back then and still do.
I bought all three but the headlight brackets was a bit worse quality then expected.
The rear sets and Clip-ons are not top quality either but the cult value compensate for that.

I mounted them in the swingarm OEM passenger peg holes.
Just drilled out the M10 threads and put a M10 from the inside and in to the peg.

Next up was the rods.
Used a bit of rebar I had laying in the shop since the bagger build.
Cut the piece in half, drilled and made M6 threads in all four ends in my lathe.
On the gear side I used both OEM ball joints from the Raask kit.
Brake side needed both more thinking and more work.
Ball joint in one end and a piece M6 threaded rod in the other.
The threaded rod is to make the rear bit a direct bolt on to the OEM Zündapp brake arm. 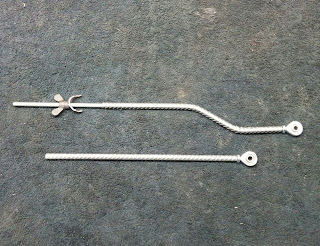 Both rods ready for test fit. 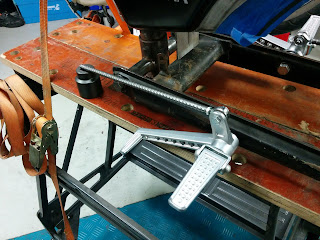 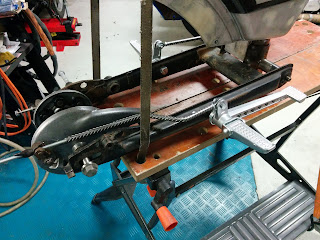 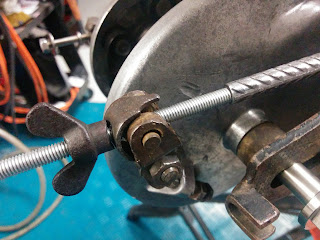 Detail of the rear brake rod with the old unrestored hardware