Both hubs was in desperate need of new bearings.
Rear because they were just old and rusty.
The OEM Zündapp/Marzocchi front axle have larger diameter than the donor bike so the old bearings had to go there as well.

For the rear I bought SKF local of the shelf.
But in the front I had to go abroad because of the odd bearing size needed.
I found a OEM Suzuki bearing from Koyo in the UK with the new specs needed for the conversion. 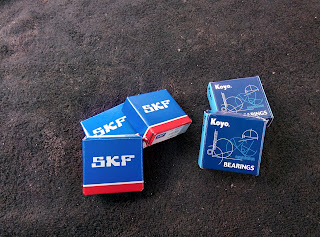 In the rear it was just a replacement job.
But in the front I also had to machine the center spacer between the bearings from 15mm to 17mm.
And after that it was a straight forward job even in the front. 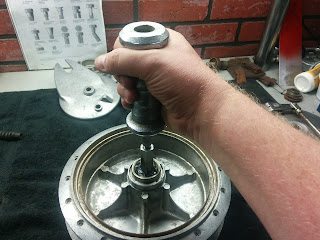 Next up was the spacer. 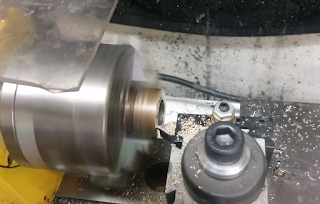 I machined the old OEM Zündapp brass spacer to the new measurements and suddenly I had a Yamaha brake hub in a Zündapp/Marzocchi fork. 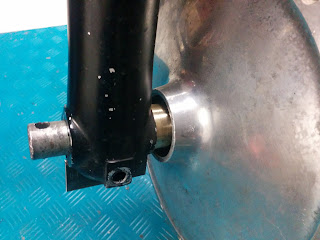 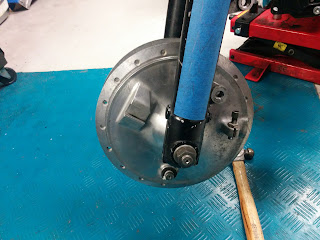 Next up, fork deconstruction to give the triple tree and legs some massage and shine....