That's season 2016 for ya all !
The numbers are 1729km/1074 miles from 18 July to 1 October.
Some say it's much, some say it's little.
I'm very satisfied and just say, that's what it became this season.
It ran like a dream all the way with no major issues and gave a healthy 65Hp on the back wheel.
Went to Thomas at Tekmo to get some hard facts on the bikes power.

Couldn't really ask for more.
Sure, it's a bit harsh on bumpy roads but that comes with the territory with a rigid frame. 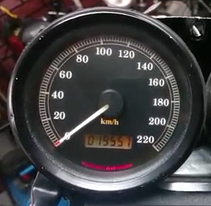 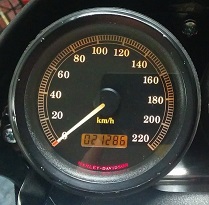 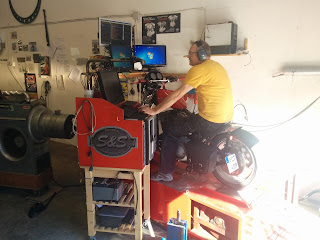 Thomas on the dyno 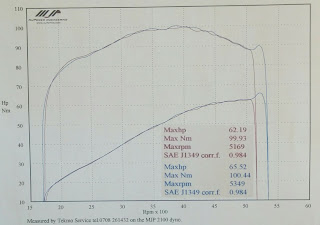 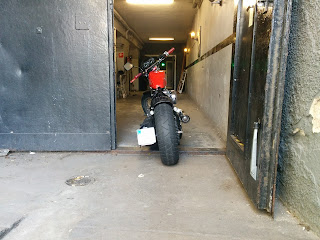 After the dynoday it was pretty much over for the season so here the Speedster have the tire outside for the last time 2016.


So, finally airborne !
Next step is to give the little bike some wrenchlovin' so I had to get the wheels off the ground.
Solitude often dominates the Speedshop so clever ways to handle things alone must be created.
The method to get the little beast on the lift today was step by step by step......

So now the hard decisions what I want to accomplish this winter have to be made.
The downside with the fact that the bike became so awesome is that the urge to "update" is quite low.
And the "updates" already planned for this season are neither cheap, quick or easy so first I have to come up with a decision.
But I have some time left, I still want to tear down the top end and the cam side to maybe get some answers why I had such good numbers on the dyno.
I also want to give it a gasket overhaul just in case.
So, here I will start this season.
Upplagd av Jonas kl. 13:25