The fenderstruts must do their job better then ordinary struts.
They not only supports the fender they also acts as mounting brackets for the rear light assembly.
I went for the "Colorado" from Highsider.
Really neat little pieces combining rear light, brake light and indicators in a small package. Just 40mm in diameter.
And on top of that is that they are also E-marked, a requirement to pass SFRO inspection.
But to complicate things I of course choose just the inserts, not complete units so making the housings was up to me.

Some pipe was bought, just big enough to accommodate the inserts.
And then fabrication started. 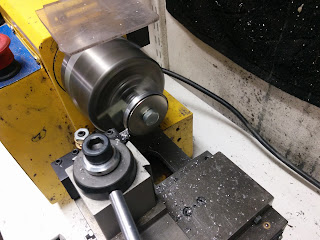 First I made two "washers" that acts as mounting surface for the lights. 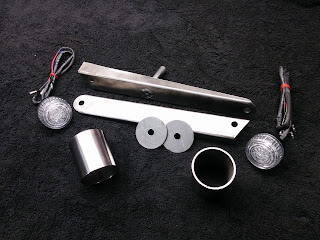 All bits required including the just made washers
Made them just so big so they would fit inside the pipe
and then some more measurements before I welded them to the struts.

Next up was trim the pipe that would act as housing.


Also a ton of measurement and fine grinding before I could put them "over" and weld them over the washers already welded in place.
Last fabrication was to fill the open part.


But before I did that I gave the opening an angle that made it look more sleek and then I cut a suitable bit of sheet metal and welded it over the now open, angled part. 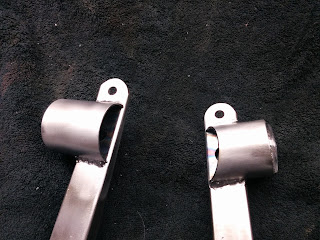 The housing mounted and one of the angled 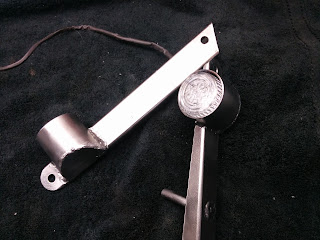 The opening welded and the light test fitted. 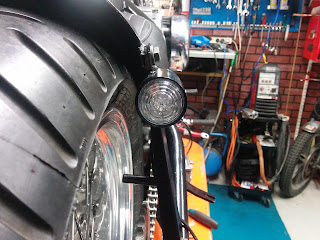 Then some black paint and then install the inserts with double sided tape before the went on the bike again.
Upplagd av Jonas kl. 11:13