So before final teardown I have some things to first, one of those is the seat.
Need the actual bike to make it fit, at least the first part with the seat pan.
I first considered making it out of fiberglass like I did on my bagger but it became steel in the end.
Mainly because I had a steel fender wich fitted over the existing fender and could act great as the rear part of the pan. 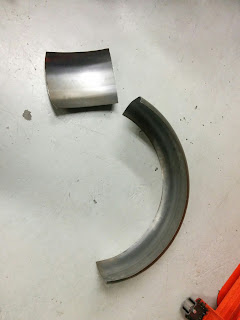 First cut a bit of the fender to get one half of the pan. 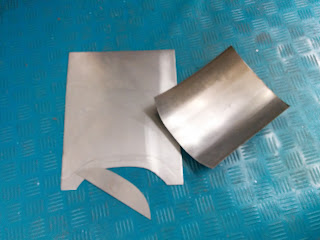 Measure and cutting the other half of the pan. 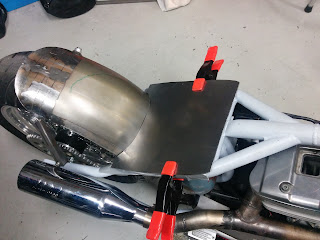 Testfit of the two pieces 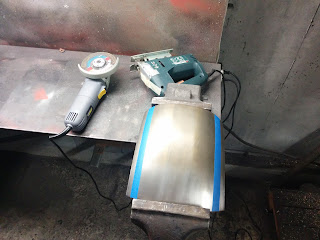 Narrowing the rear part and then weld the two pieces together. 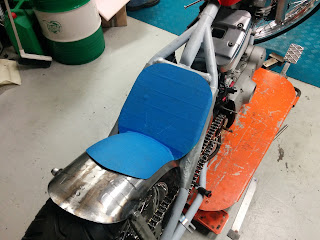 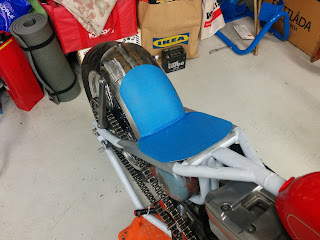 And the final shaping.
I covered it with masking tape to  see the shape better.