I traded a beat up Sportster tank for a exhaust from a friend.
He have used it on his bike for many years so it can't be to bad.
It looked quite good but it needed a little more angle where the pipe meets the damper.
I also shortened it about 50mm/2"and then it looked fine.
Next step was exhaust wrap.
After fighting both finger cramp and sanity it turned out really well.
This will be a nice exhaust until I making the transition to turbo in a year or so... 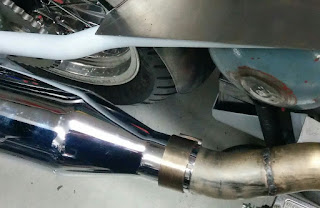 Where I shortened the pipe and made a small angle to get it lining up better. 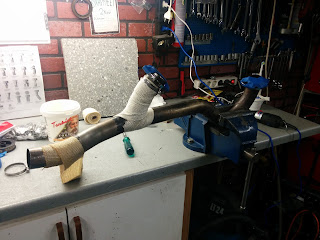 First wrapping the short bit for the rear head and then the loong bit was next. 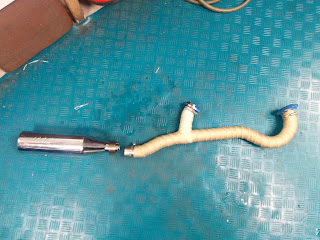