The Beltdrive saga with 48 tooth

So when the dogcage was done the beltdrive adventures continued.
The good folks at BDL sent me a .020 undersize 48 tooth frontpulley.
Sadly that didn´t solved the problem. The belt was still way to tense.
I even had to do two "clutch hub pushers" to get the rear hub on to the coned shaft, that´s how tense the belt was. 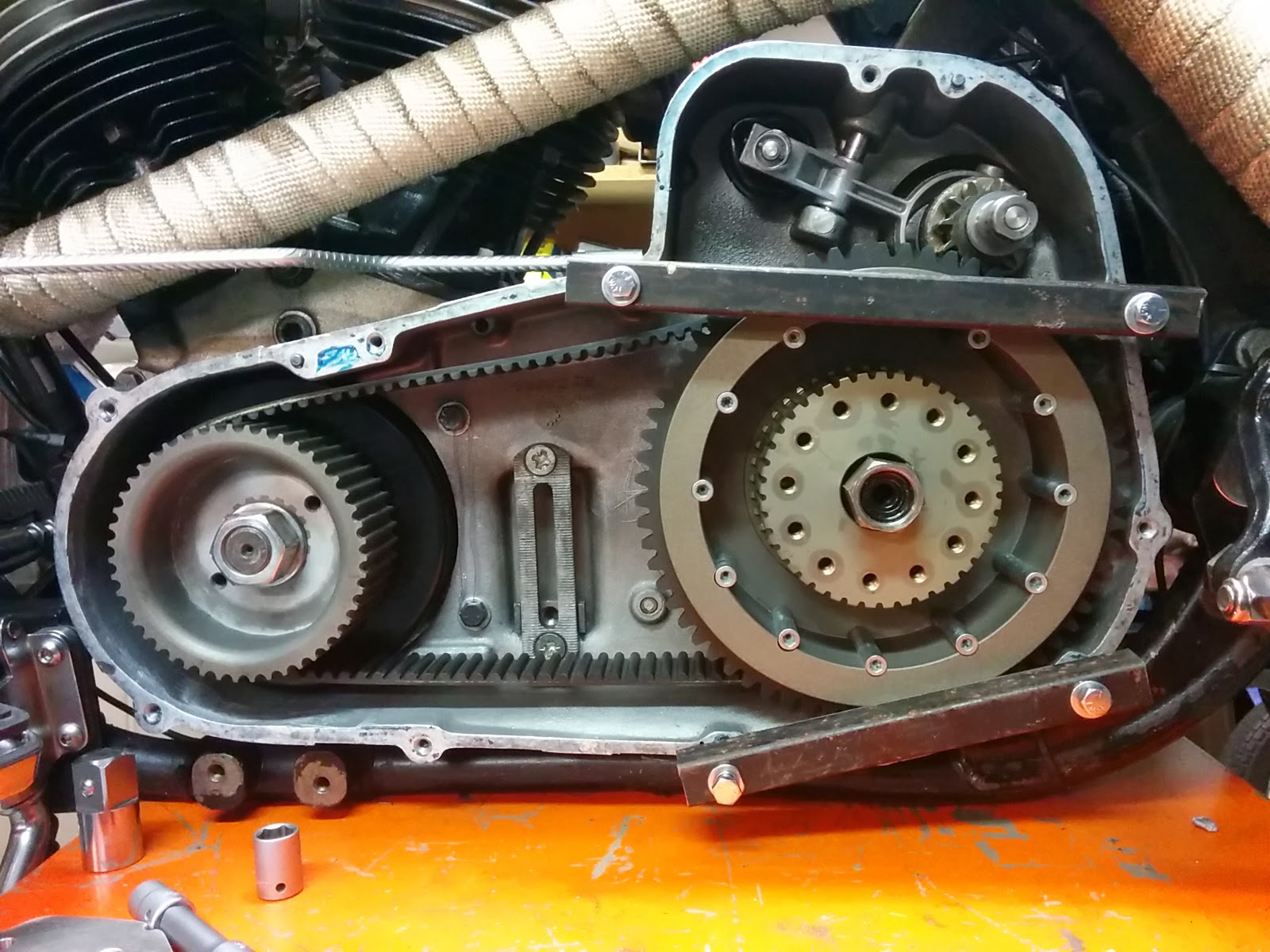 And change from 130 tooth belt to next step, 132 was not possible according to BDL.
Even if the 8mm pich was the same the tooth profile was not.
So if I had used such belt I have destroyed it quickly said BDL.
I took the problem in my own hands and checked the "tooth clearance" between the belt and the stock pulley.
It was some play there so put the stock 48 tooth pully in my lathe and took it down .040.
The .020 that the undersize pulley had plus another .020. 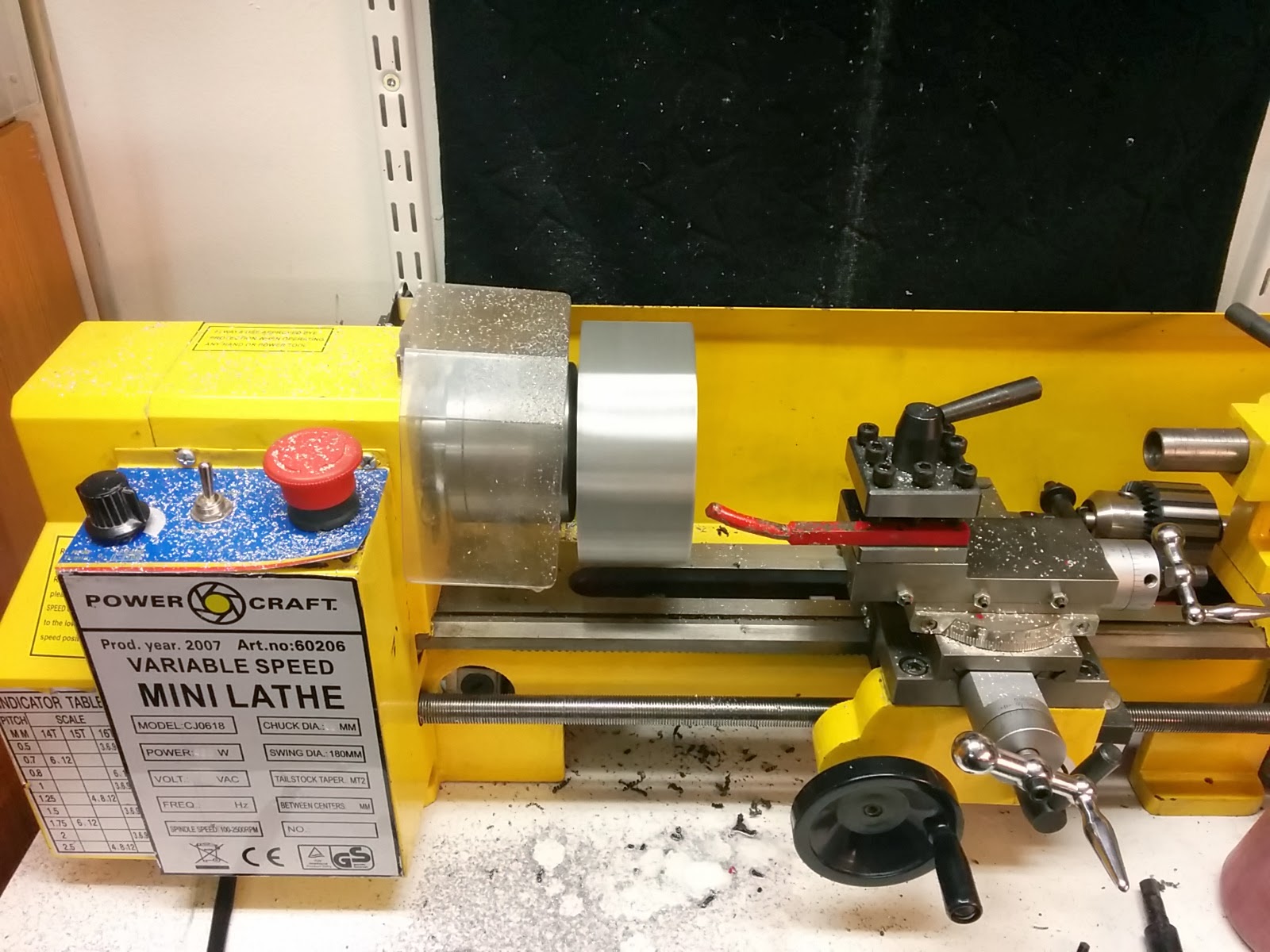 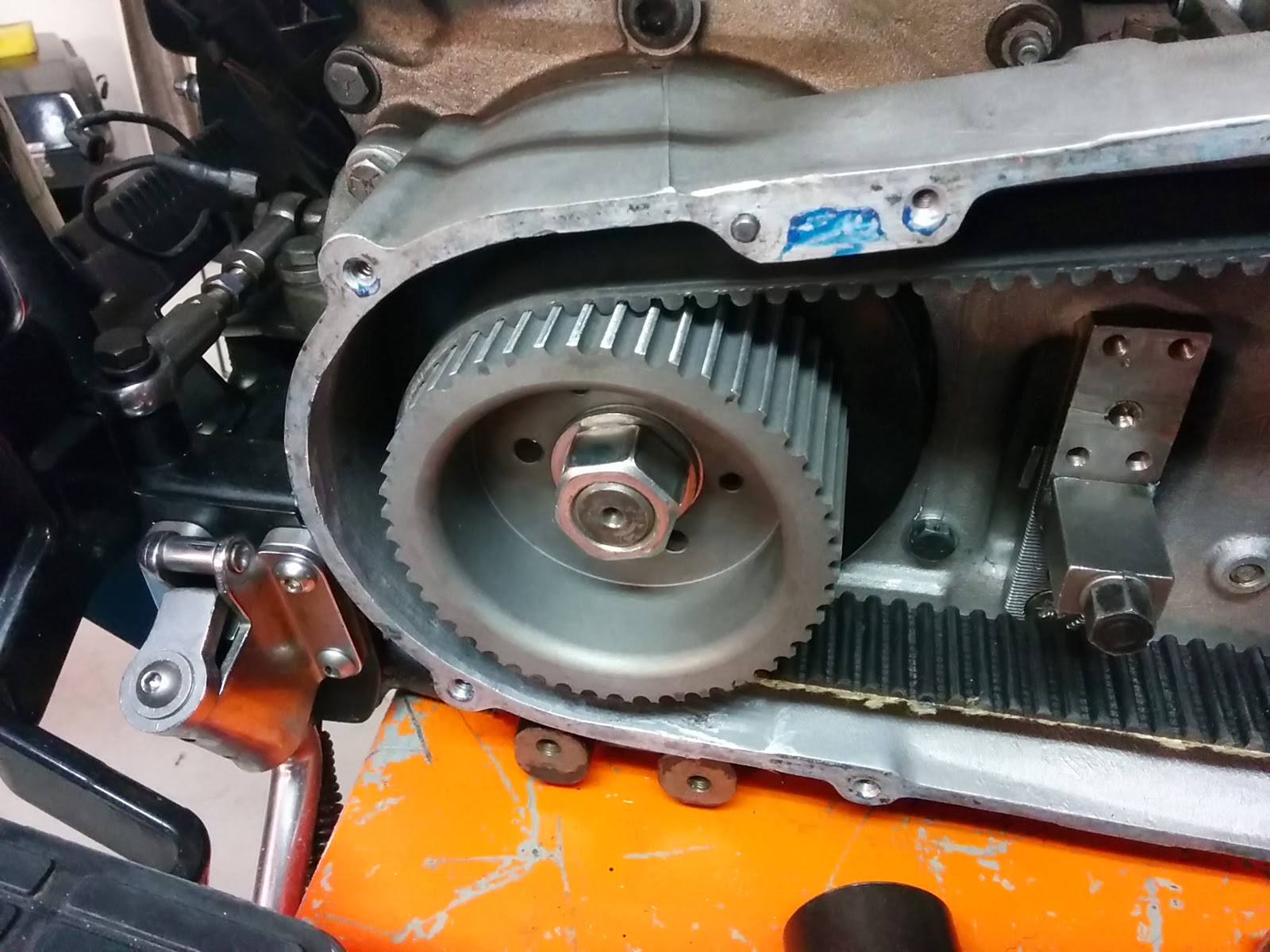 But no still no luck, the belt still was way to tense.