A need for some serious clutch action was another thing high up on the to do list.
Over the years the cluch wire assenbly hade been worn out.
It was so bad that I had to shut of the engine to get it in neutral when standing still.
I first tried the classic choppertrick to remove one clutch disk and one steel plate.
This did't solve the problem with neutral it just gave a slippery clutch.
So I realized something had to be done so I went hydraulic.
A new sturdy billet trap door for a newer 5 speed gearbox was mounted before a HURST hydraulic clutch cover could go on. 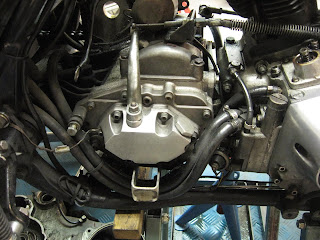 The stock worn out and not so pretty clutch release 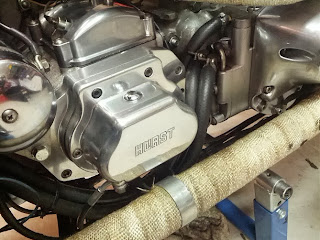