To top off the engine rebuild I did an upgrade to the "in and out section" of the bike.
The old S&S carb was replaced by a CV with a alu flange to match the S&S intake. 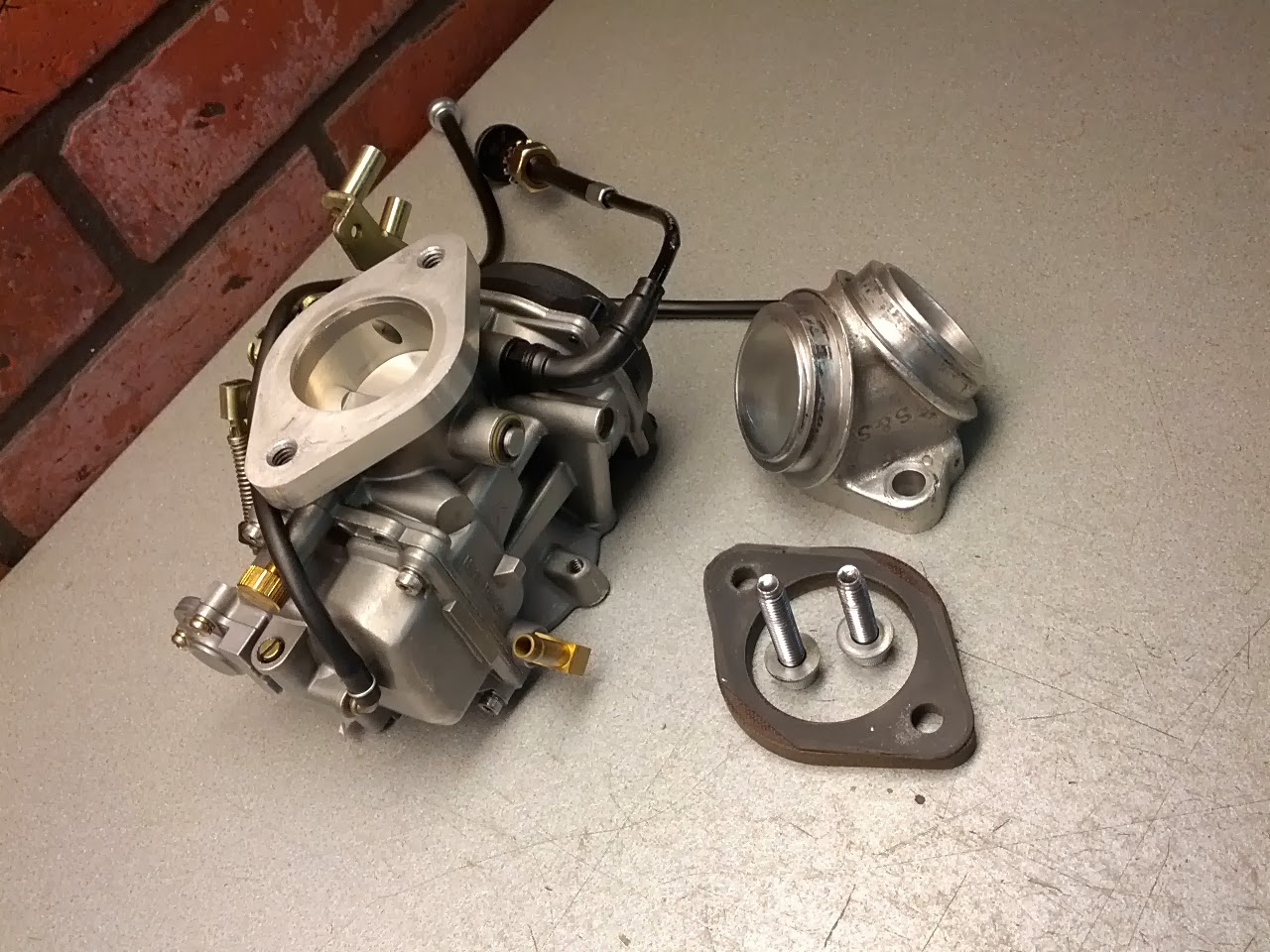 CV with aluflange and S&S intake


I found a complete OEM chrome lid with the stock black grill on a local swapmeet.
It had probably been sitting on a shelf for three decades or so because it was all covered in dirt and dust but under this it was a immaculate chromed lid hiding. 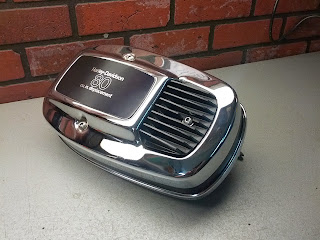 The immaculate lid with the grill intact


The lid I paired with a backplate I did from scratch together with a K&N filter from a Twincam that I bought at a swapmeet.
First I made the plate itself to match all neccesary holes, than I cut small pipes and welded to the backplate to get the right spacing for the K&N filter between the backplate and the lid.
I also made some handy nuts that I welded on the backplate to ease up the mounting of the lid.
Finally I welded support brackets to the backplate to mount in the stock mounts in the rockerboxes.
So much measuring to get everything all lined up and a perfect fit, but It became a nice piece in the end. 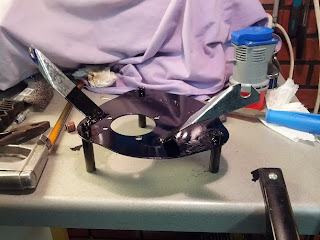 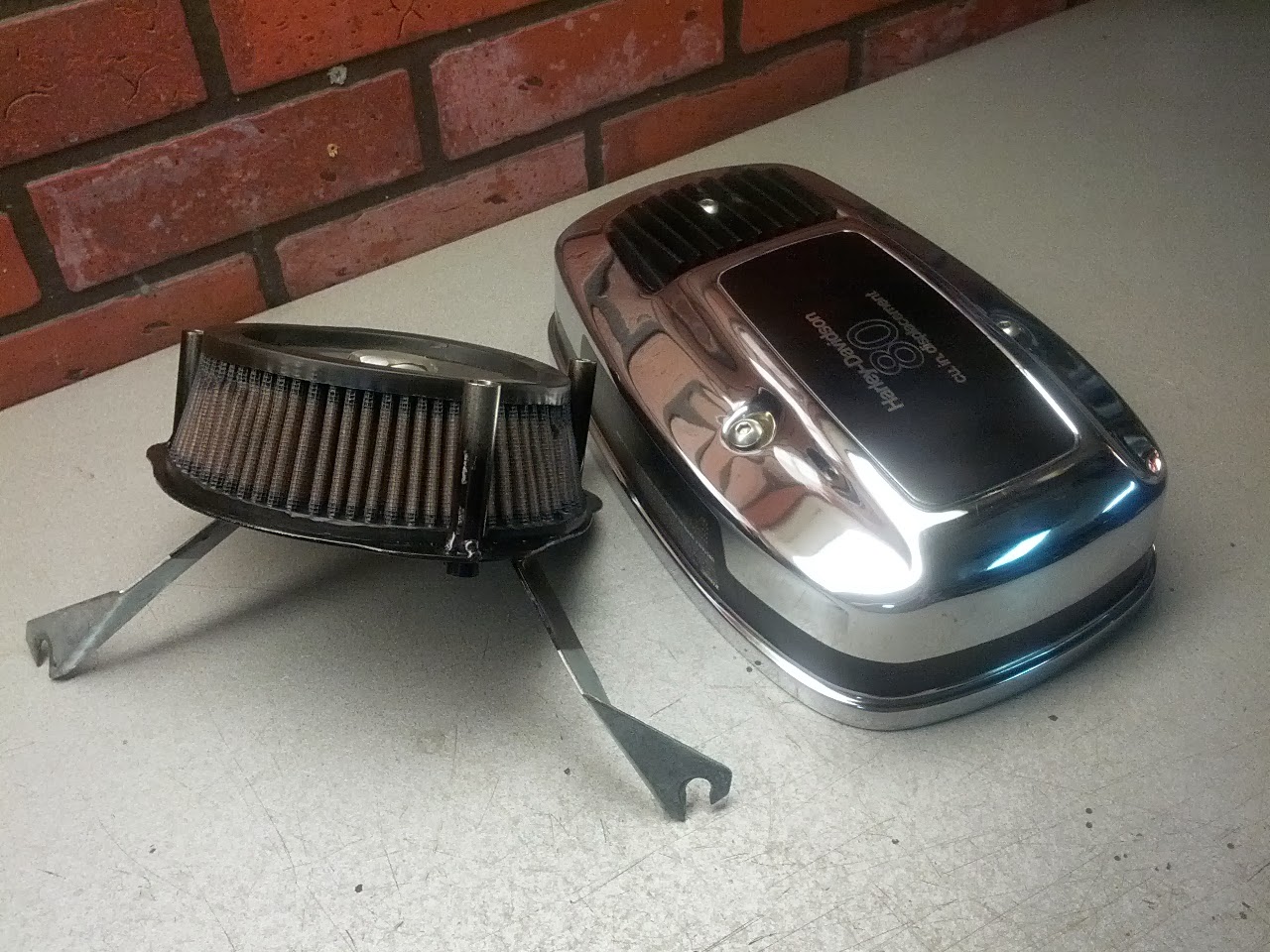 Another friend with a Buell S1 had also an external idle adjuster and he had a CV carb so that looked interesting.
Some hunting at eBay and a Buell idle adjuster cable was on the way over the pond to me.
When I got it home I realized that the thread at the Buell CV was larger than on a Harley CV.
But I just cut a smaller thread over the old and than it worked like a charm. 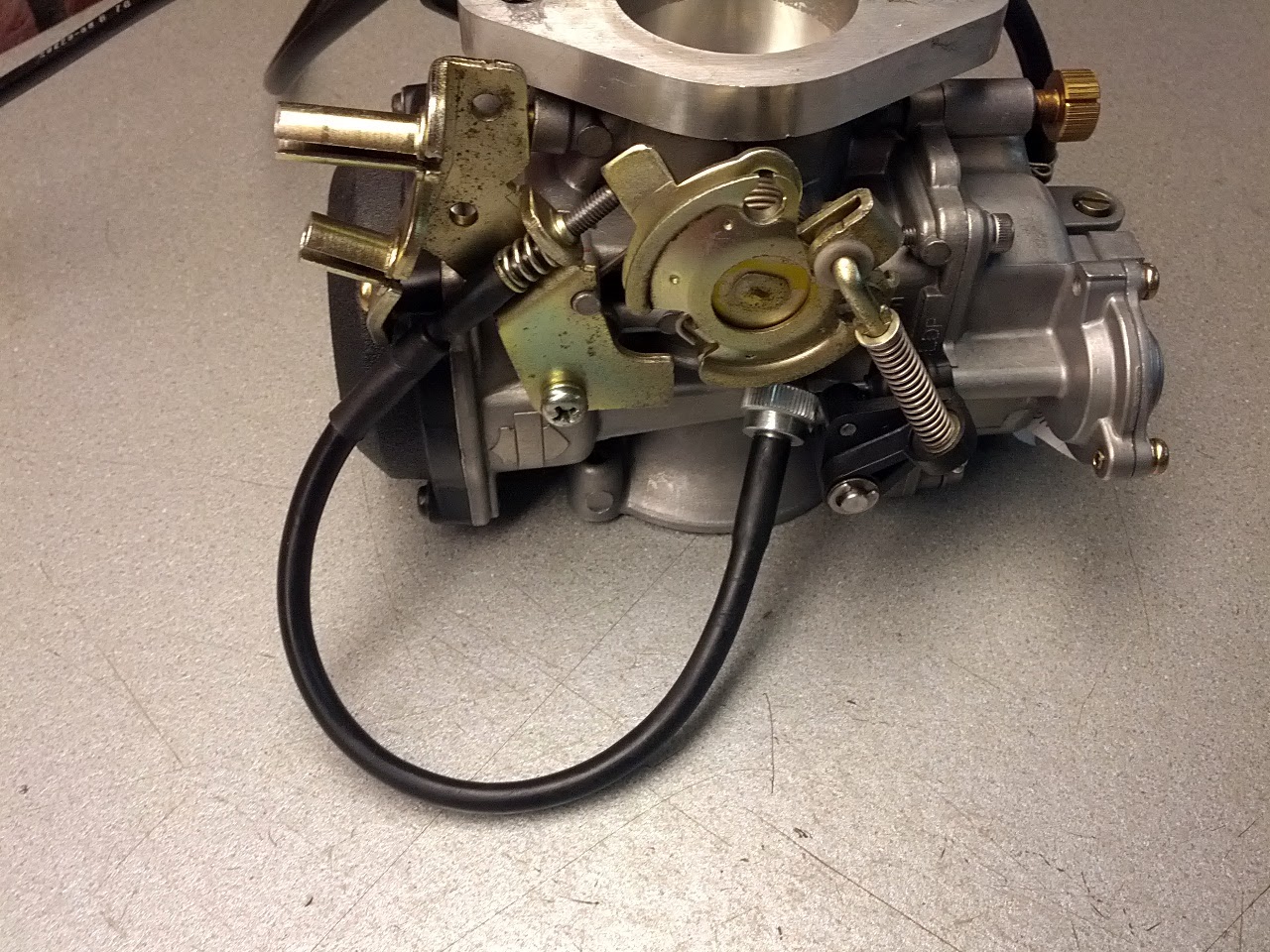 And the end part got a pair of Supertrapp mufflers.
The new muffles was shorter than stock ones so I had to weld a extension bit on the stock pipes to get the total length to match up. 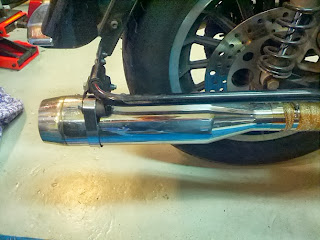 Supertrapp mounted in the new powdercoated brackets and ready to roar

I also removed the rusty and dodgy heatshields and replaced them with exhaust wrap instead. 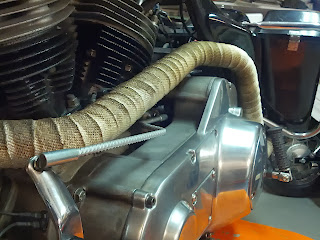 Exhaust wrap on the front pipe running all along the left side. 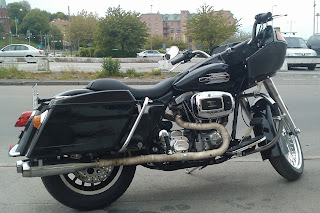