The big thing is that Speedshop Mk II is finally in the making for real. Over three years of complete chaos is coming to an end. And what is that start? Basically a huge 15 puzzle. Got another 32m2/350 sq ft for my disposal and that made the project start for real. To sort and organize a huge mess in the garage so it will be a more appealing use case. A logistical nightmare, but it will be worth it in the end.
Upplagd av Jonas kl. 15:57 Inga kommentarer:

Over a year have past since last update… So much have happened over the last year both good and bad. But lets focus on tomorrow rather on yesterday…
Upplagd av Jonas kl. 15:32 Inga kommentarer:

My Steering wheel was beat up, cracked and had a bad paintjob. So I did a quick job, wrapped a cord around the steering wheel in a spiral pattern and after that wrapped black cloth tape over. Turned out great and comfy to hold when driving. 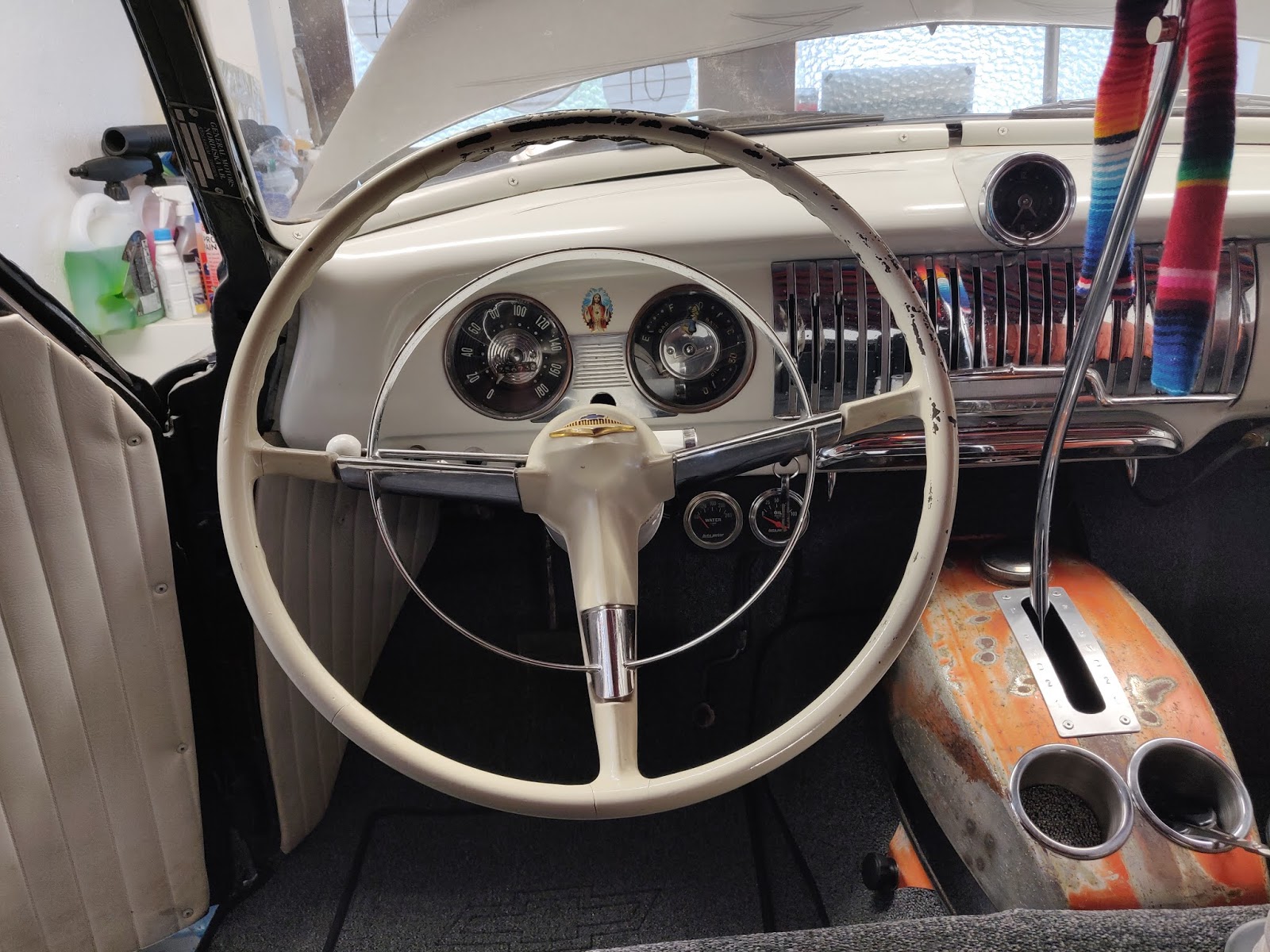 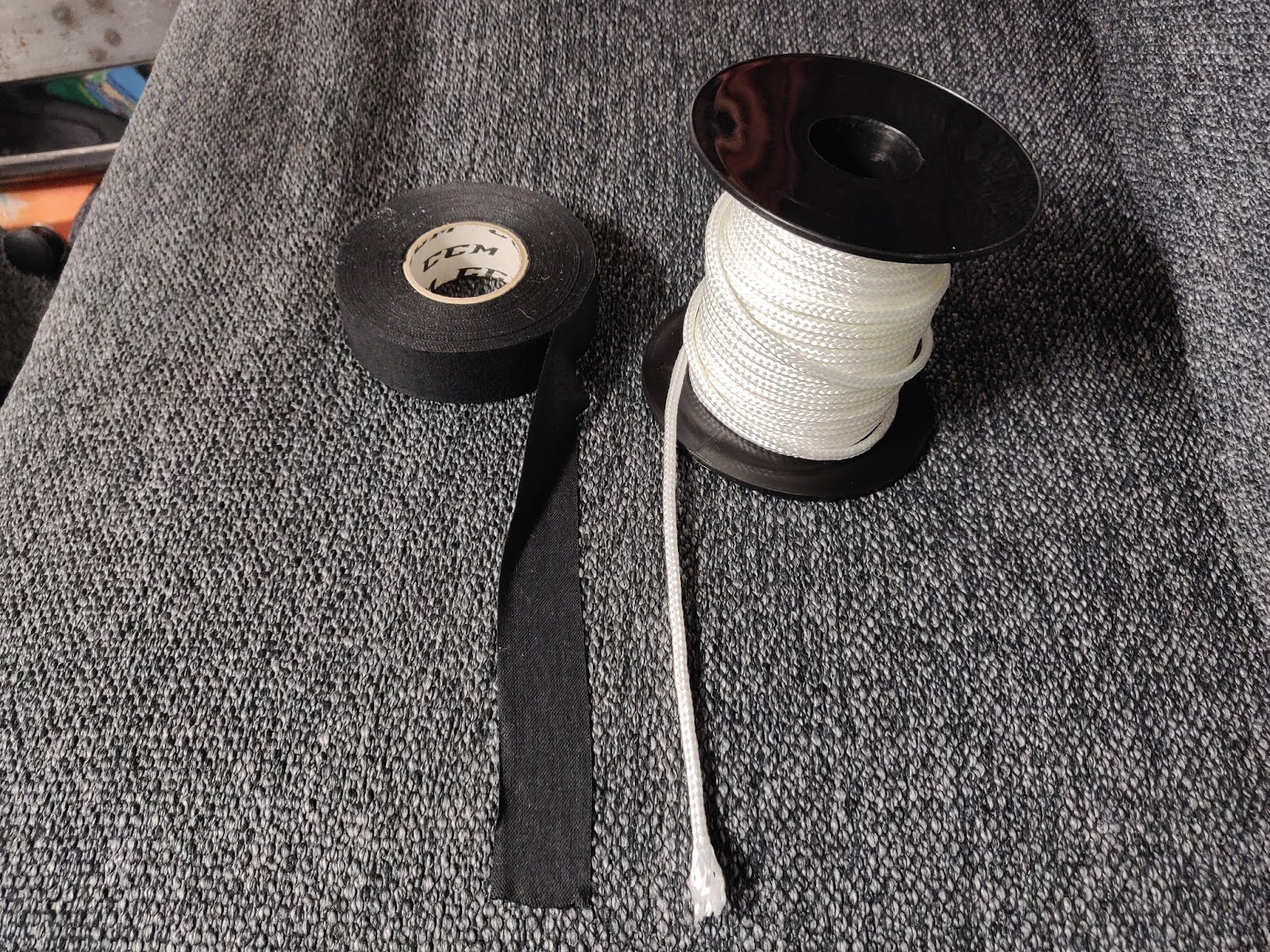 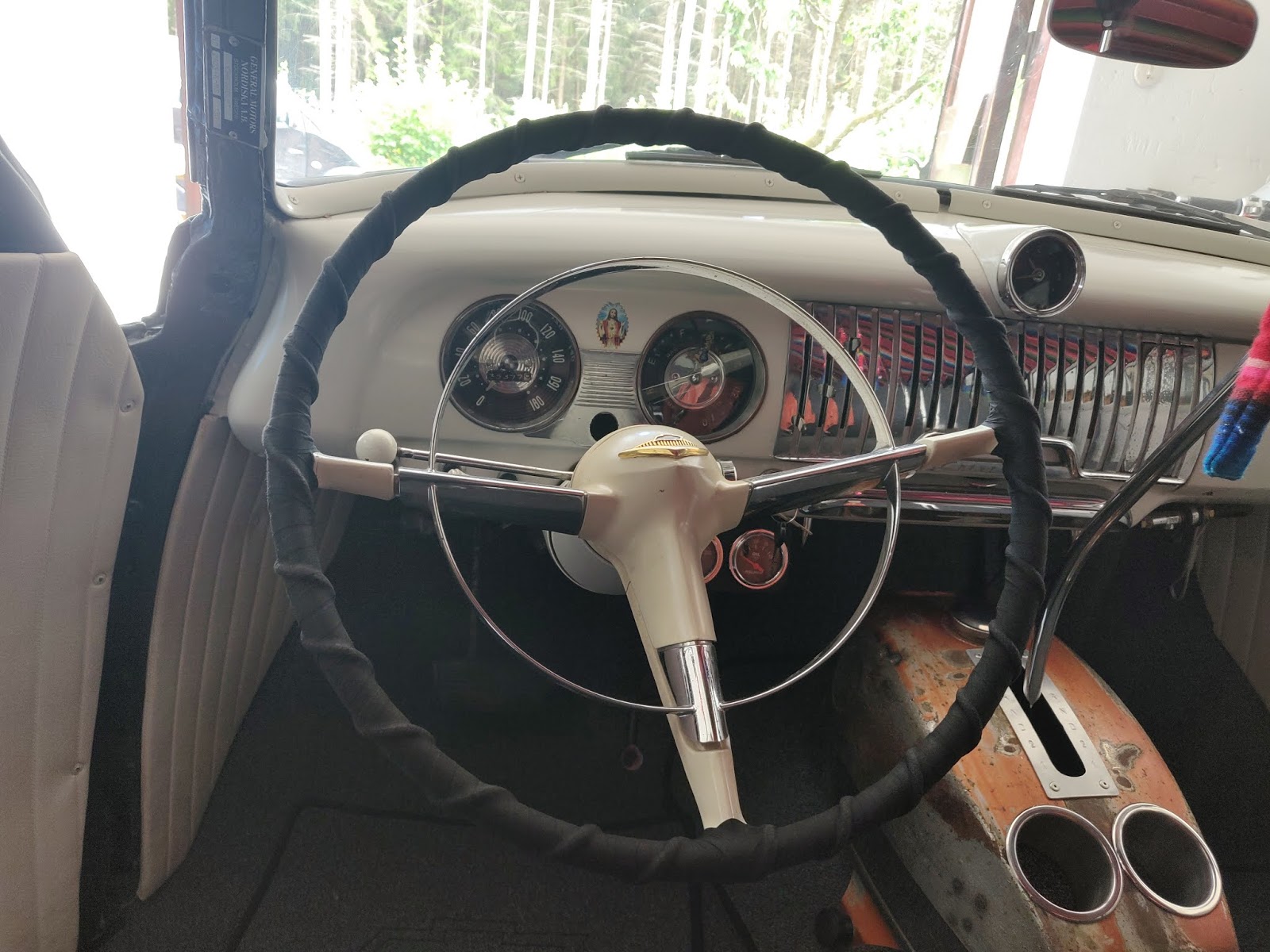 Rise to the occasion

When the fine Hi-jackers was tested in real life it turned out to be a bit high for my taste.

Most likely the old lowering blocks will find its way back this winter. 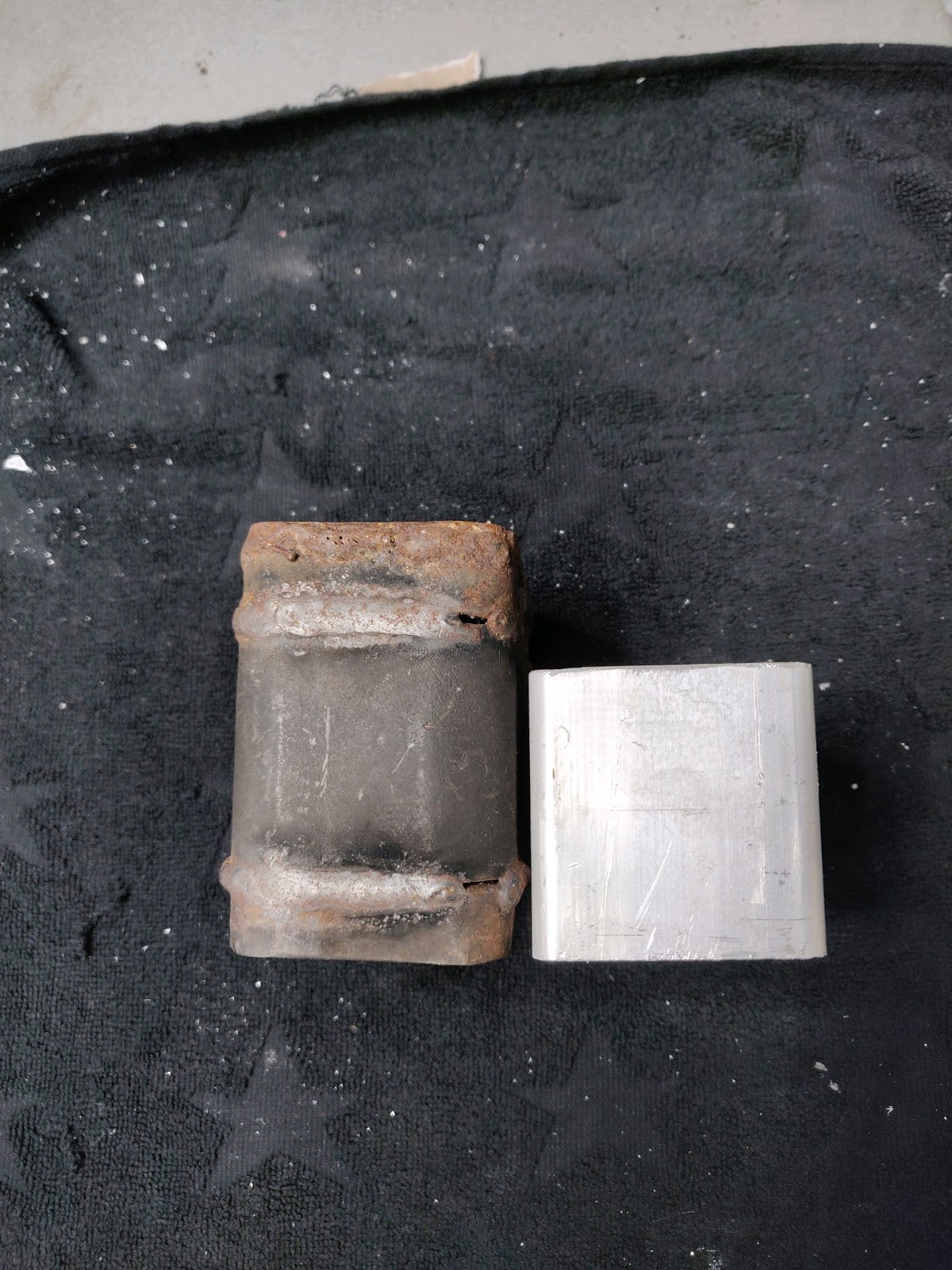 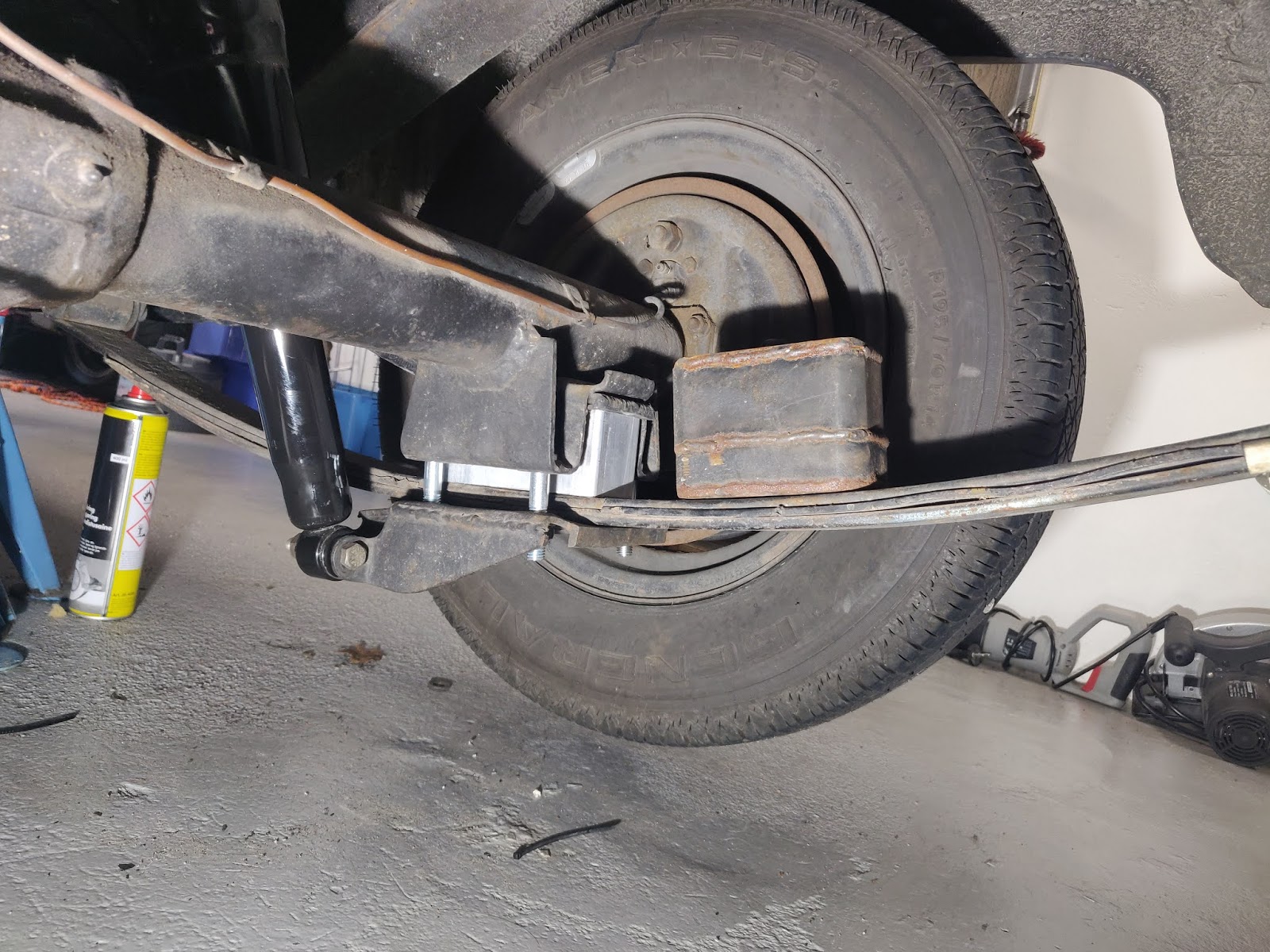 A center console was something I really missed when I bought it so I thought I'd better do one.

Have seen a number of ways to do this both live and pictures over the years.

But the one idea that I've seen that stuck was using a gas tank from a motorcycle.

In my case as a long time Zündapp nut I went with a KS50 tank from the 529 model.

I got one with perfect patina from a buddy of mine. 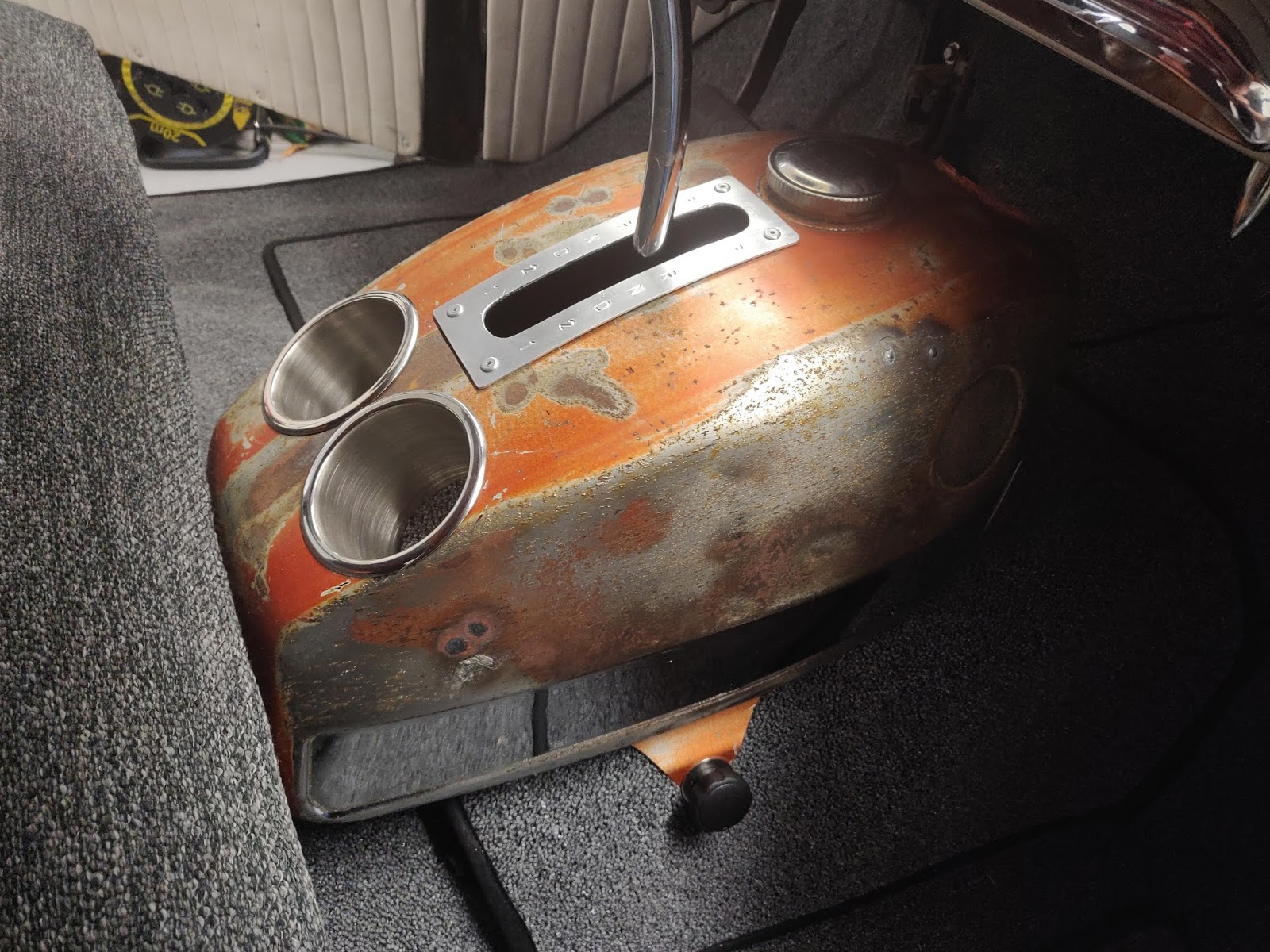 II already done it over and over in my head so there was not so much thinking when doing it.

But it was WAY more job with it than expected of course. 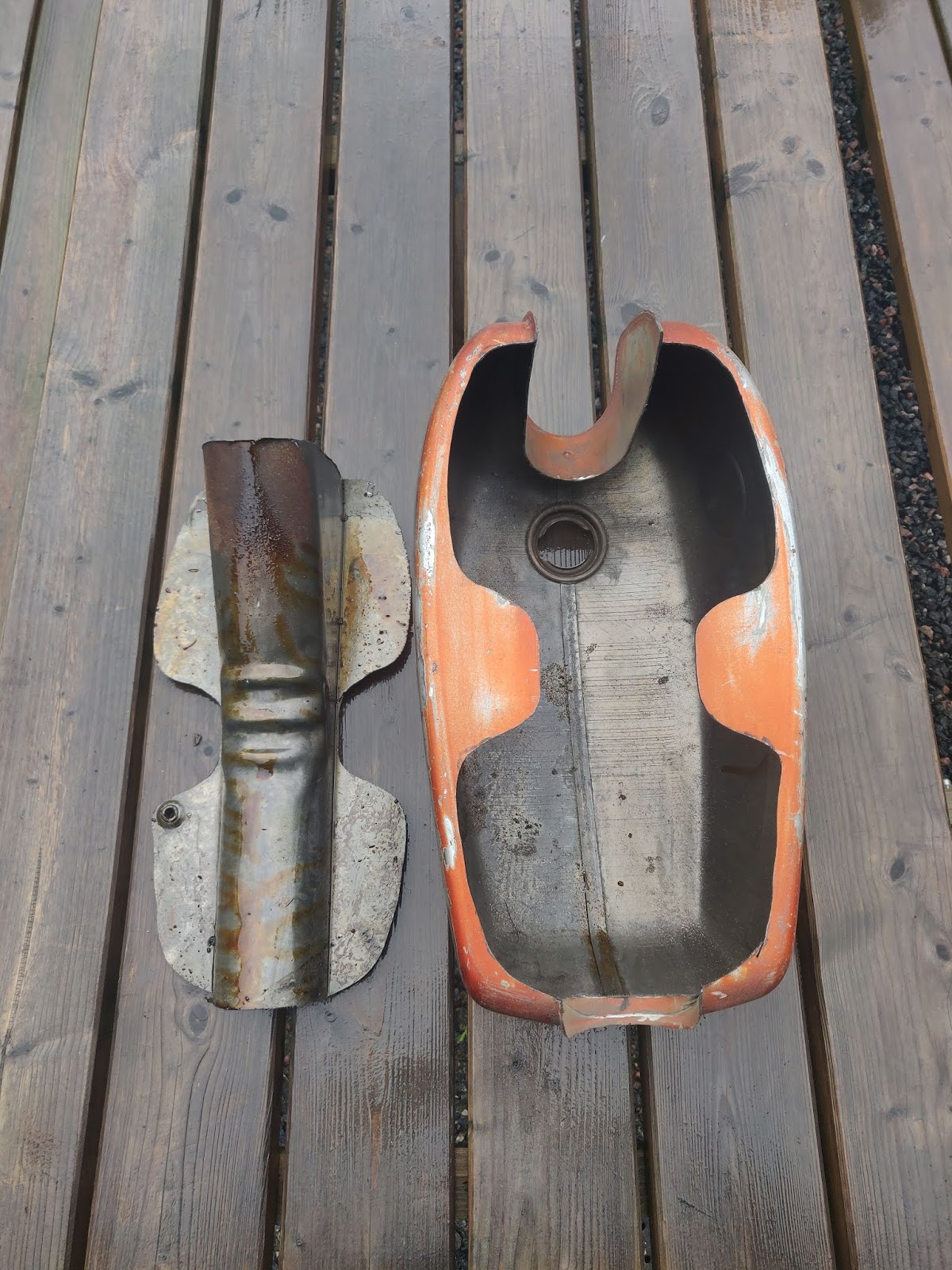 Started with cutting the bottom out and cleaned up the edges. 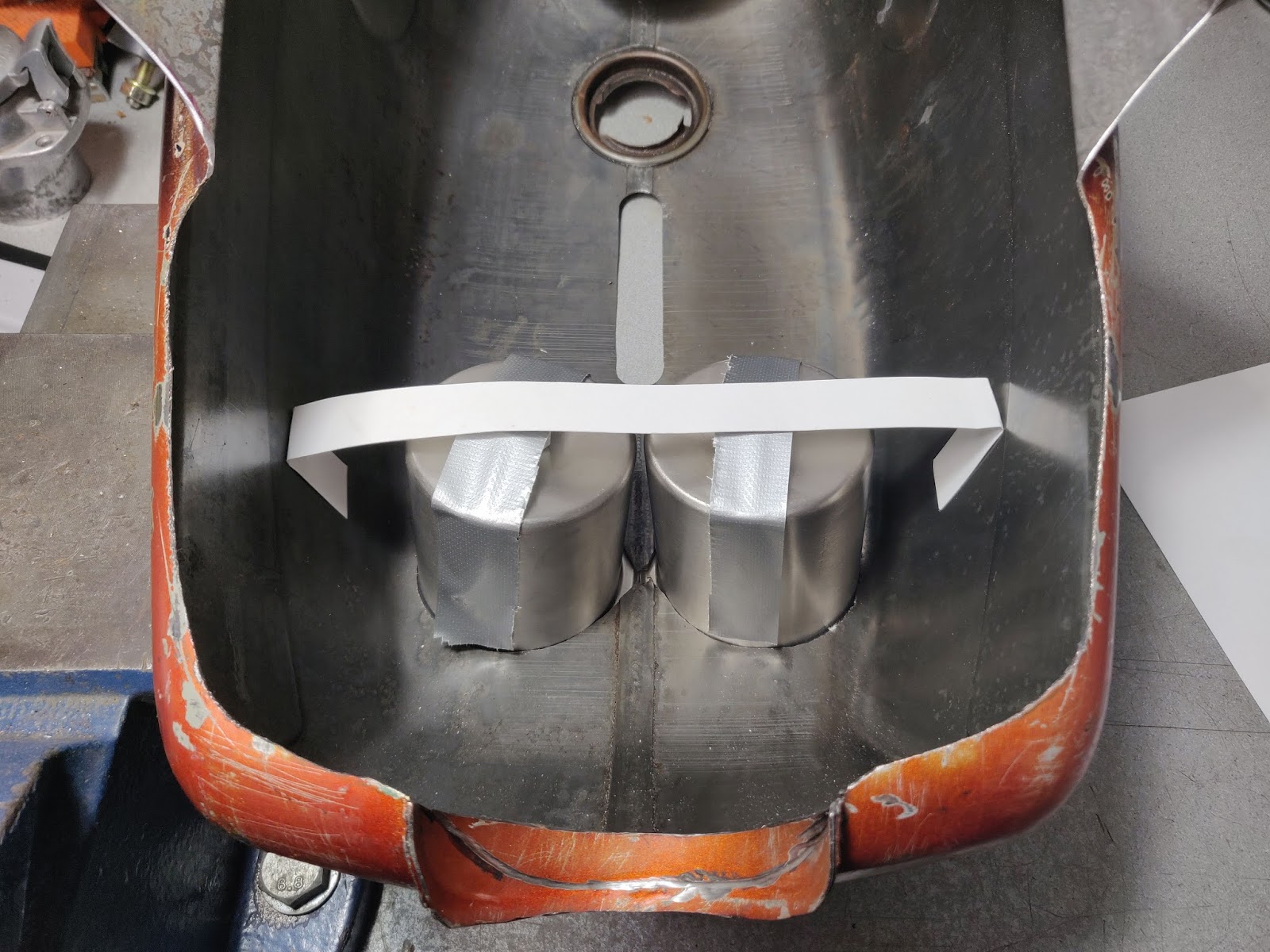 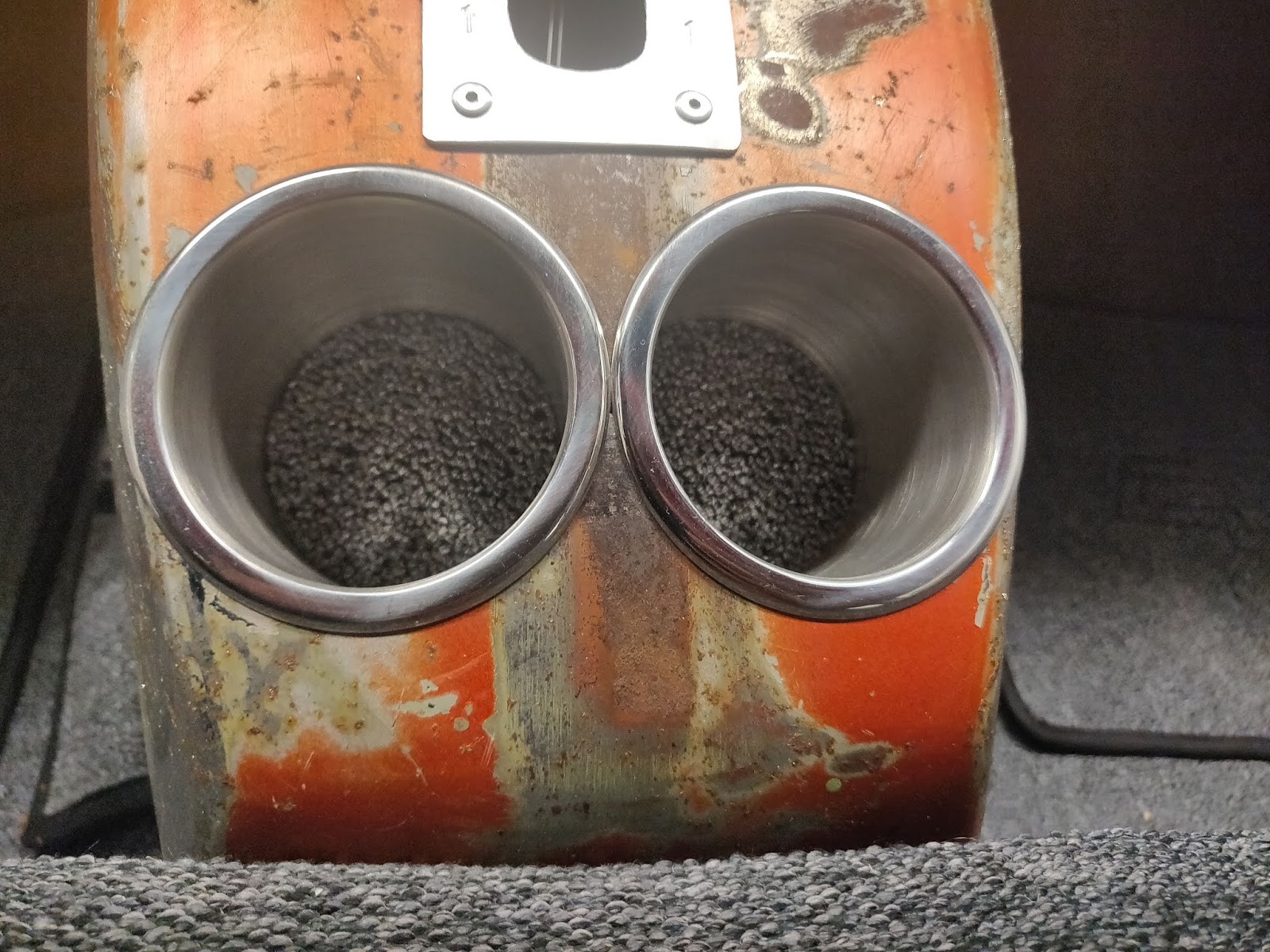 Then cutting hole for the cupholders and welded in a bracket on the inside to secure them. 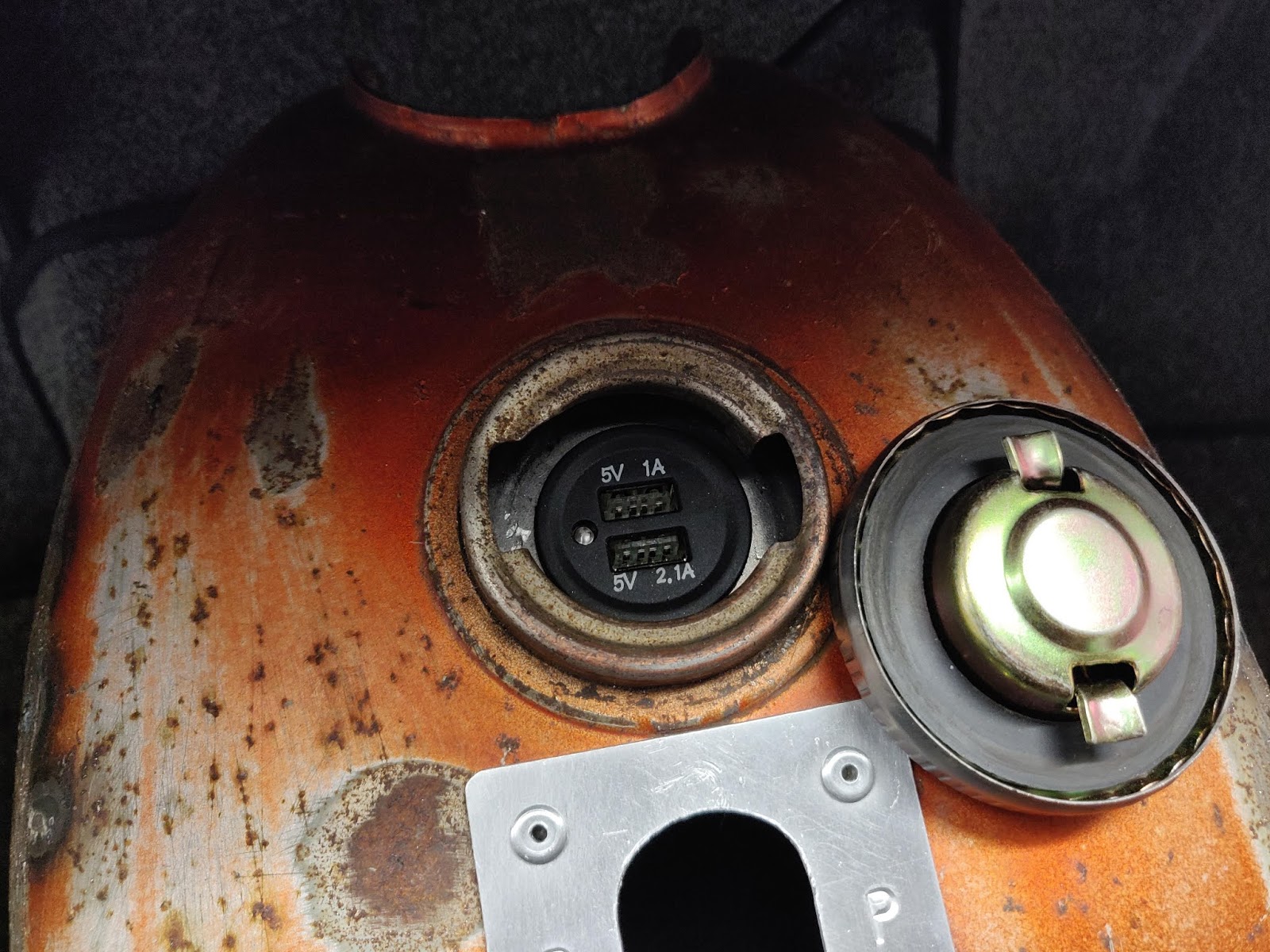 Then made another bracket to go under the gas cap to mount the twin USB outlet. 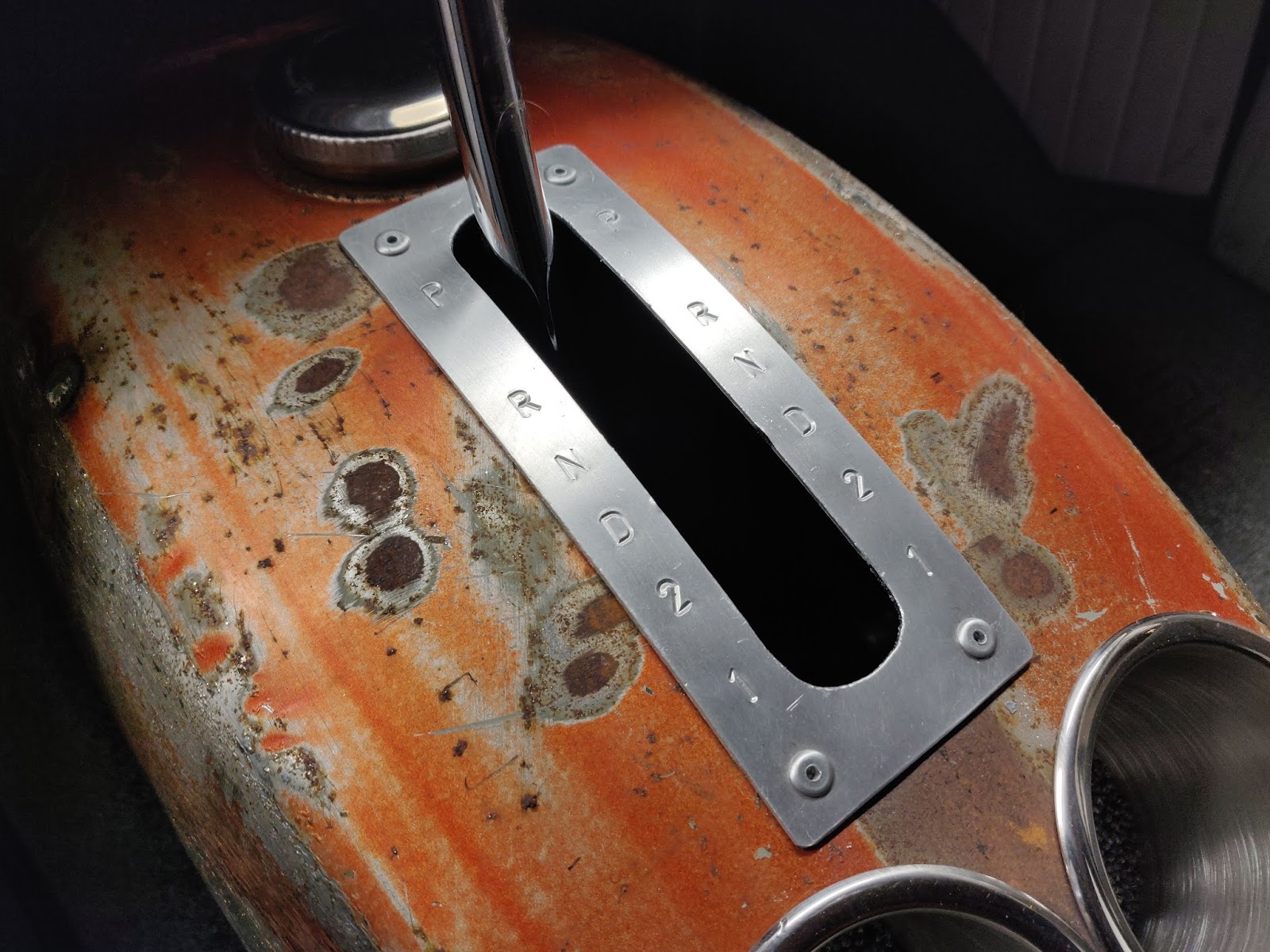 Then carefully cut up the center part for my awesome Lokar Radical 32" Double Bend Shifter and made a plate out of aluminum where I punched the positions to put over. 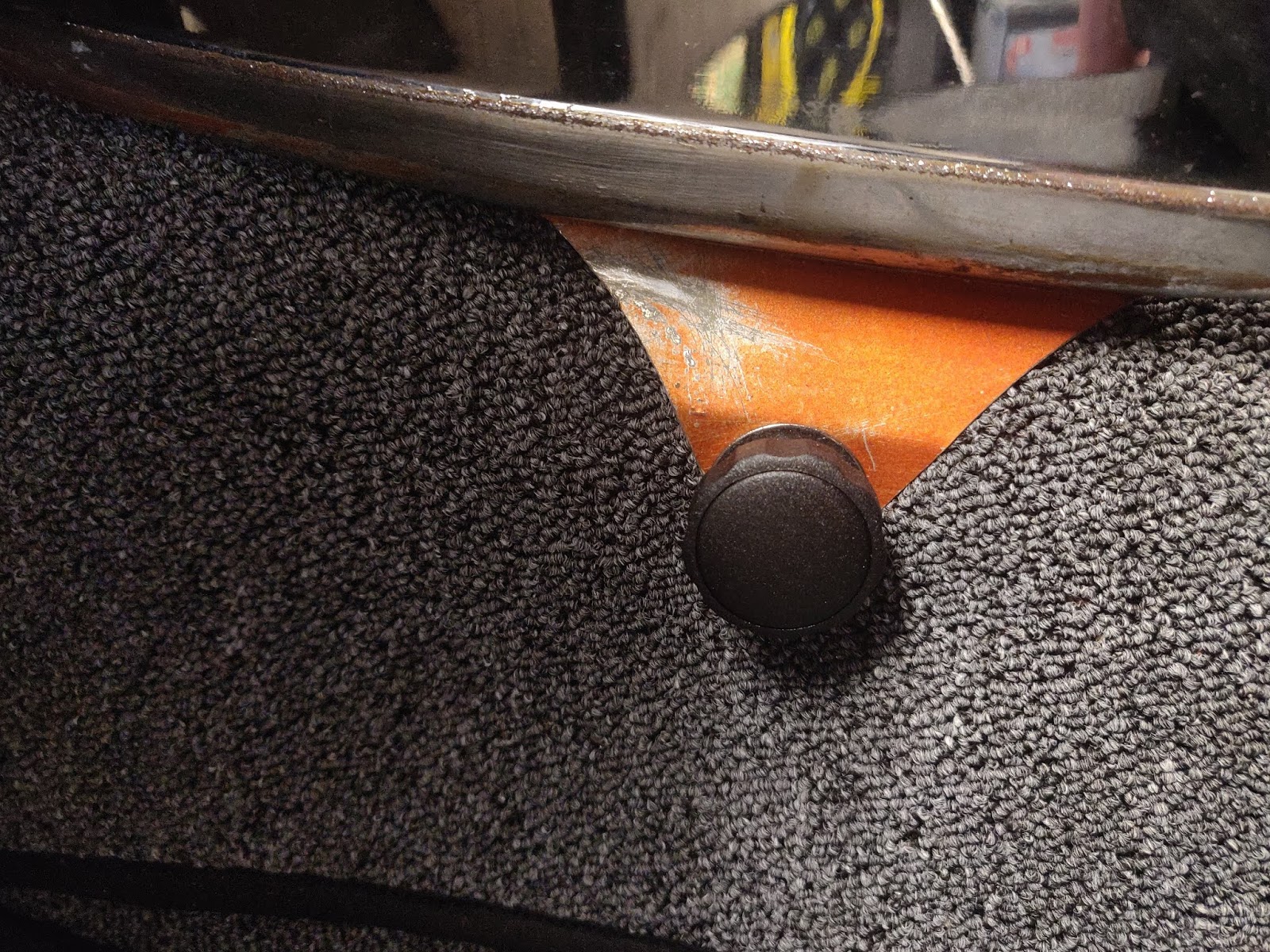 To mount it I saved material enough when I cut the bottom so I could do a mounting tab on each end.

And to secure it I used a river nut in the transmission tunnel.

I have the fuse central just in front and to access it I have to twist the whole console 90 degrees therefore the quick thumb screws.

The springs may be soft and the car low but the dampers was TOTALLY gone.
Pulled them out and, yes, they were beyond crap.
Also had big dents in them?
Looked up the number on them and they was from a 80´s BMW 3-series?!?!
Found replacements online but I don't think they would do the trick anyway.
Started to look for Hi-Jackers instead...
Found a suitable pair online for a reasonable price and had them home in just two days.
Thanks Dalhems !
Mounting was a breeze...when the already adjusted rear axle bend was done.
Next up routing the lines.
First find spots where to drill so i get the lines in to the trunk.
Slipped parts of rubber hose over the very thin and fragile? air line.
Put zip tie mounting tabs under the car and secured the hose/airline to it. 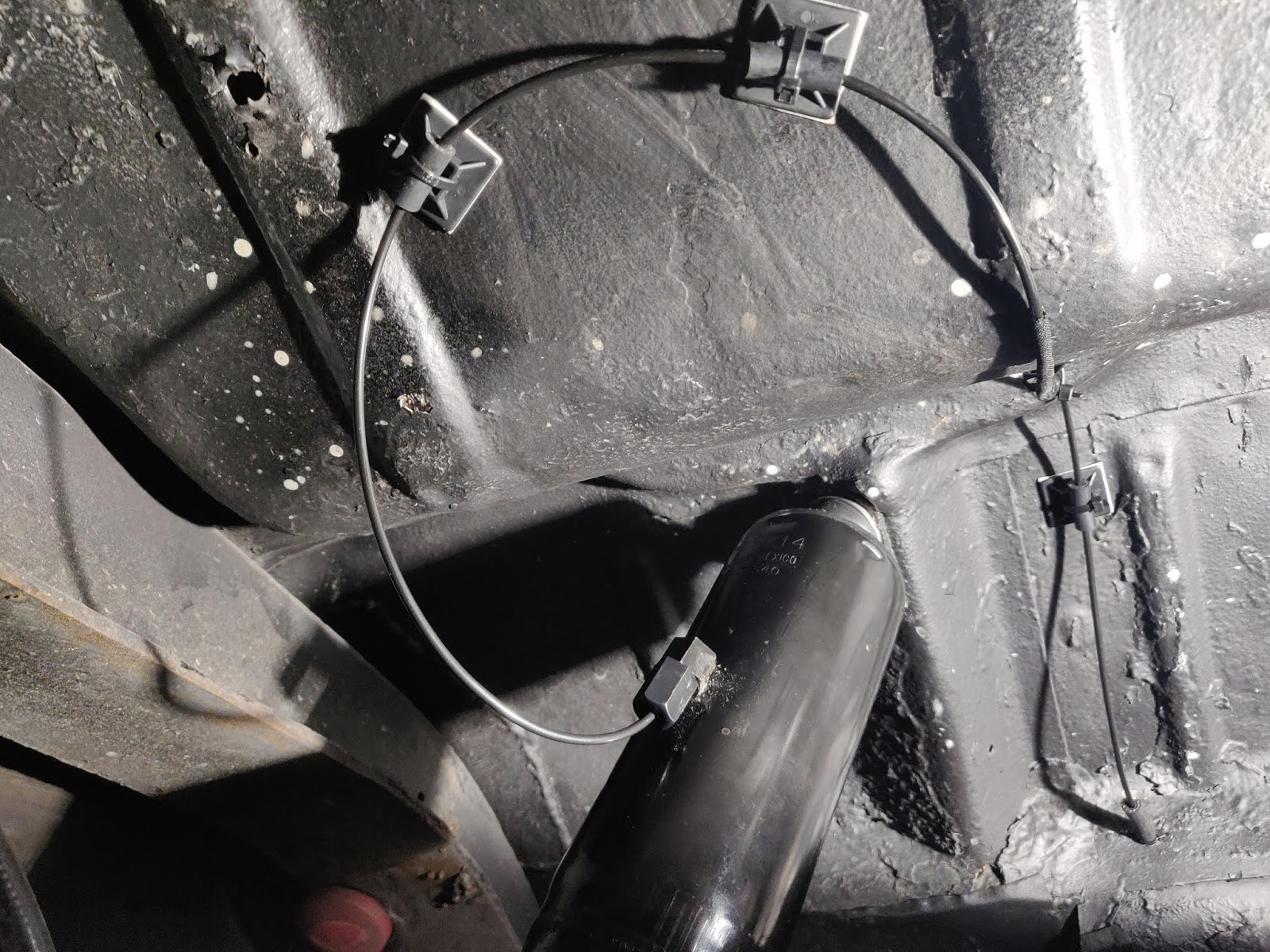 Also wrapped some fabric tape on couple of spots if I saw a potential rub.
First routed it under the car, free from hitting objects like the rear axle. 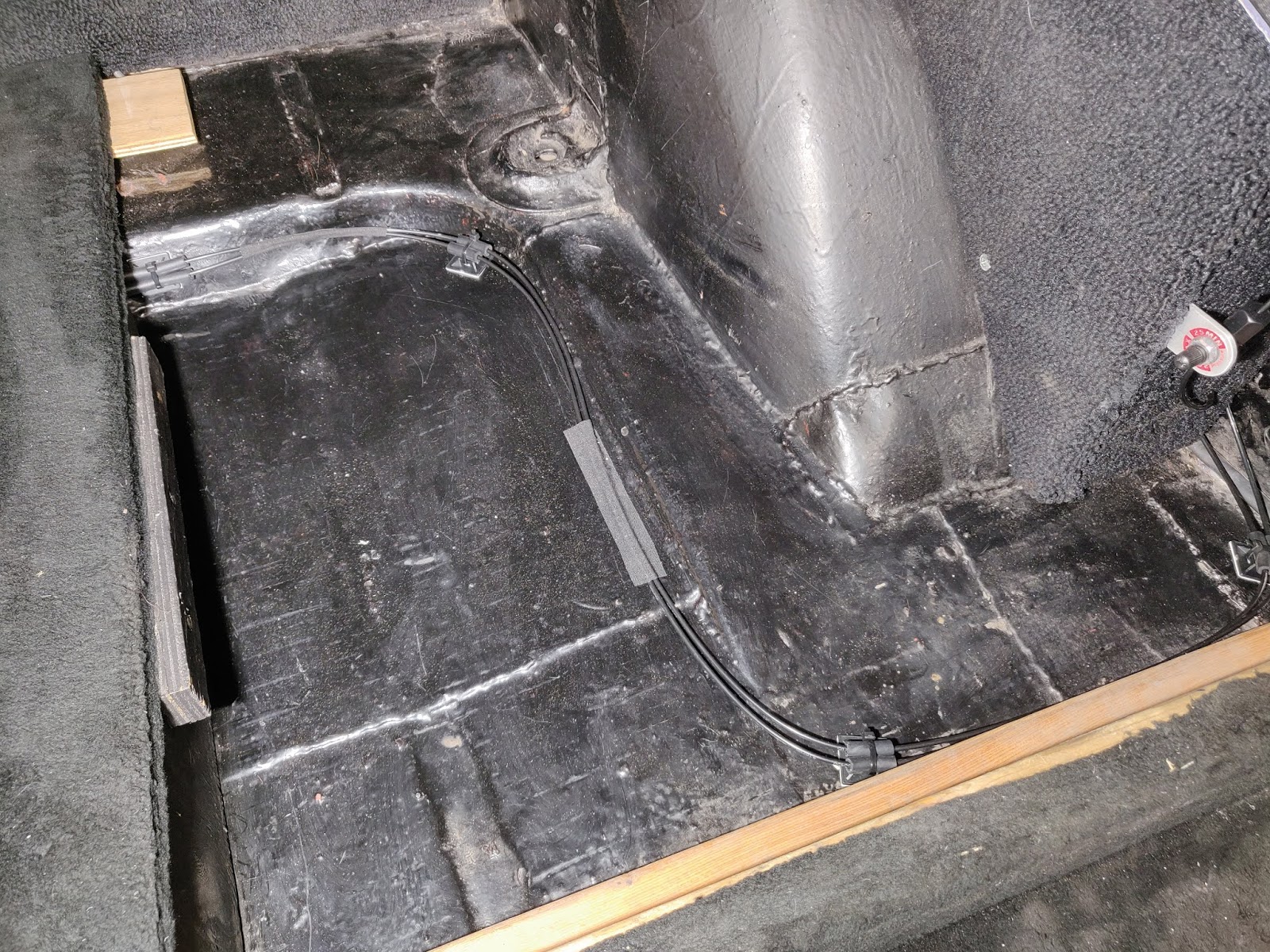 Then in to the trunk ad up to a bracket where I mounted the air went. 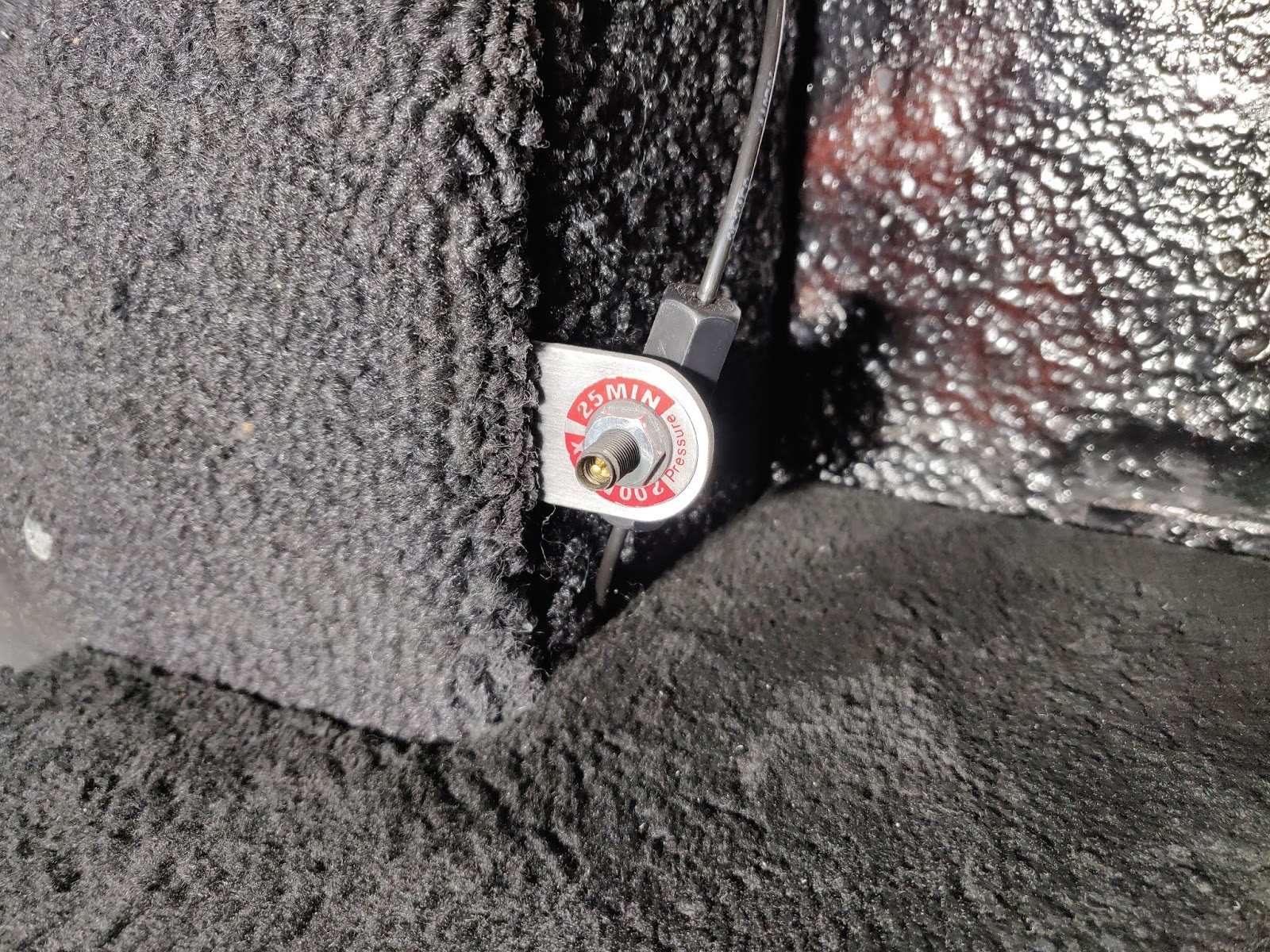 Made a tidy little bracket for the air nipple 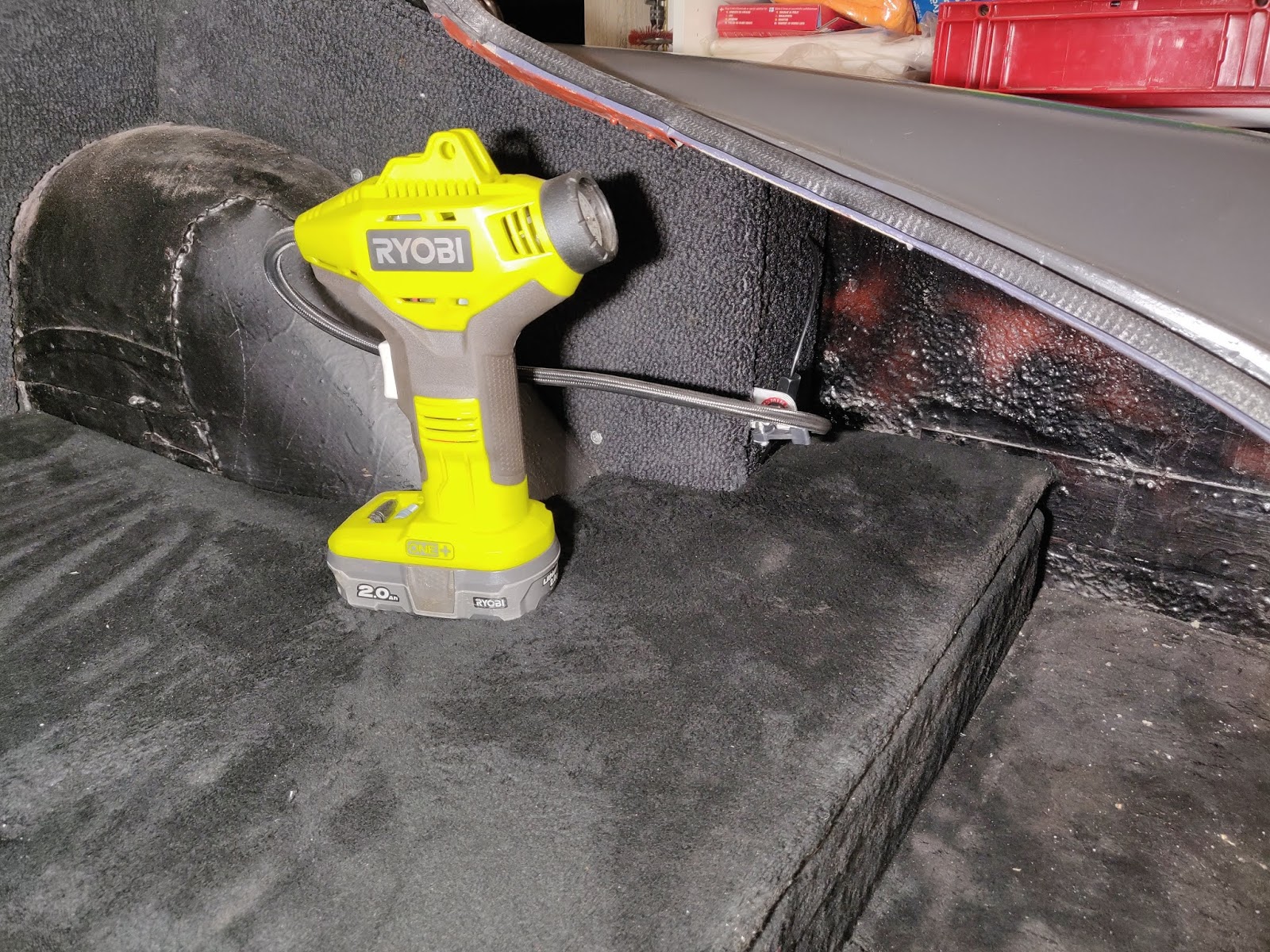 To adjust the pressure I will use my handy Ryobi Hand compressor.
How did it work out??
Better than expected actually!Actually beginning to regret I lifted it, now there is a real suspension and I might swap the old lowerings block back again.
...time will tell
But until then I have a great riding car that even can take passengers in the backseat.
That was totally impossible before, not even the dog could sit back because the rubbing and hitting.